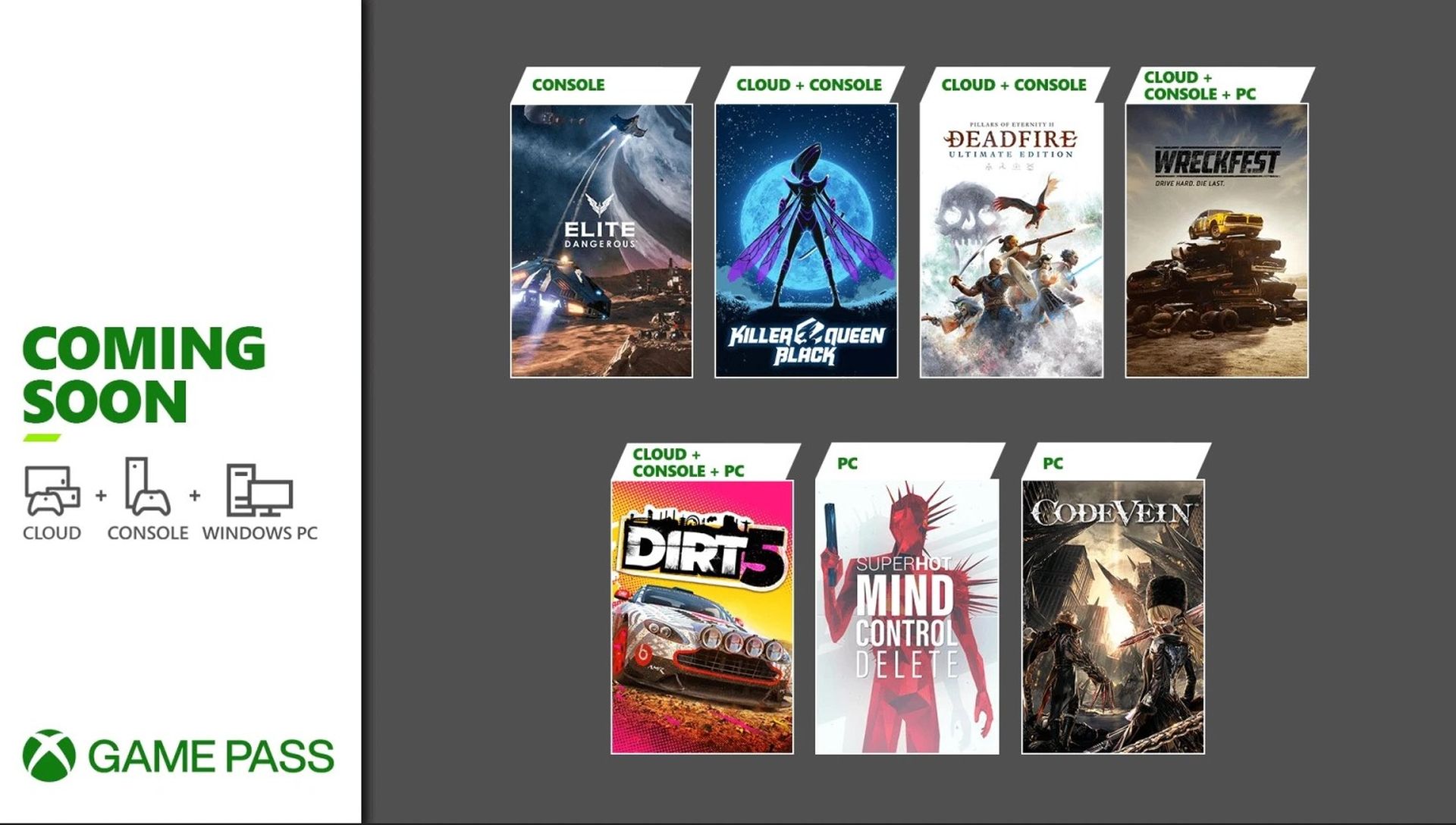 Microsoft has unveiled its next round of titles coming to Xbox Game Pass for PC, console and the cloud. On February 18th, Pillars of Eternity 2: Deadfire – Ultimate Edition, which includes the base game and all of its DLC, will be available on console and the cloud. Code Vein for PC and Wreckfest for all three platforms goes live on the same day.

Xbox Game Pass has added titles like Final Fantasy 12: The Zodiac Age, The Falconeer, Project Winter and Wolfenstein: Youngblood thus far in February. It should be interesting to see if any other titles will close out the remaining few days of month. Stay tuned for more details in the coming weeks.