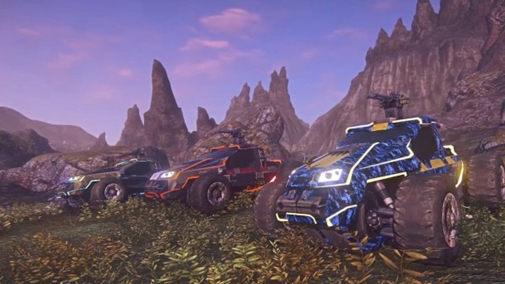 Each empire gets a new weapon for the MAX. Terran Republic and The New Conglomerate’s will be receiving the MR1 Fracture and a NCM3 Raven which are long-range anti-vehicle weapons. The Vanu will be getting an access to the Vortex VM21, a beam weapon that can blast through vehicles.

However, the biggest addition in Update #8 is the new vehicle called the Harasser. Harasser is a three-seater buggy that has enough space to have a MAX suit in the rear passenger seat.

You can take a peek at the Harasser in the trailer below:

Are you currently playing PlanetSide 2? Let us know how you feel about this major update in the comments below. Stay tuned on GamingBolt for more news.