VentureBeat reports that the peak player count for PlayerUnknown’s Battlegrounds has been in a persistent decline over the last four days—incidentally the days that coincide with the launch of Call of Duty: Black Ops 4, which has the Blackout battle royale mode. It seems like players are opting to go for Activision’s highly polished and tuned battle royale experience, and that that is taking its toll on PUBG.

Now, it remains to be seen whether or not Fortnite is affected by Black ops 4 too (or even whether PUBG suffers over the long run, to be honest). Fortnite is free to play, available on every platform on the market, and thanks to its cartoony style, has popularity with kids, none of which is true for Call of Duty, so I think it should be fine. Still, who knows? At one point in time, for example, Fortnite doing better than PUBG was unthinkable too.

Call of Duty: Black Ops 4 is out now for PS4, Xbox One, and PC. PUBG is out for Xbox One, Android, iOS, and PC, with a PS4 version for it also rated. 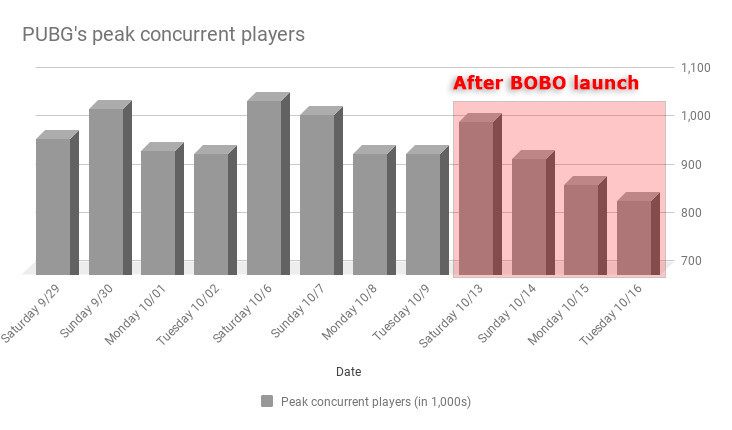