Sony – and the gaming community in general – has been touting about the power of the PlayStation 4, especially in relation to the Xbox One. Of course, it’s about a lot more than just technology…but the technology will be influencing what developers will be able to create in the many years to come. 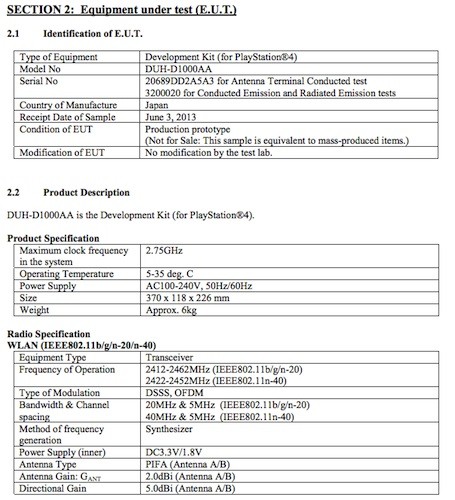 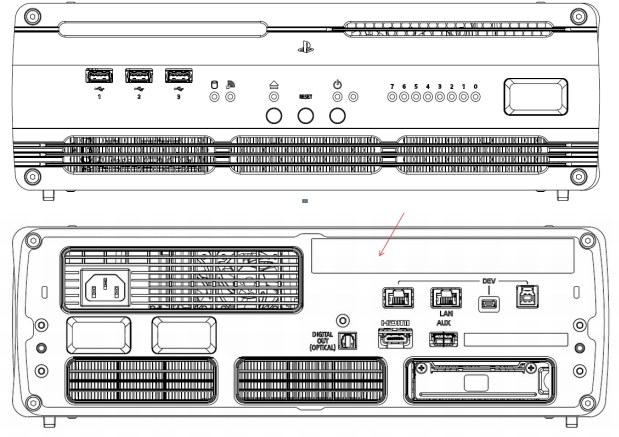 Though Sony revealed that the PS4 featured 8 GB DDR5 RAM and an 8 core AMD CPU, the clock speed of the latter was still a mystery. However, a recent FCC filing for the PS4 dev kit has revealed that it will be capable of a maximum clock frequency of 2.75 GHz.

The documents also reveal the number of ports adorning the next generation console as well as the plentiful vents that will it to operate between 5-35 degrees Celsius. The PS4 is also revealed to be weighing in at 6 kg – compare that to the PlayStation 3 Super Slim’s 2 to 2.1 kg weight. Of course, once manufacturing prices drop, we could see a significant reduction in the weight of the PS4 in years to come as well.