PlayStation Exclusive Helldivers: Developer Reveals Five Features That You Should Be Aware of 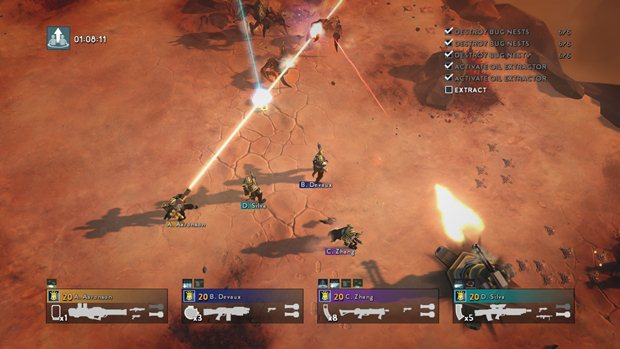 Following our conversation with Johan Pilestedt, CEO and Game Director, Arrowhead Game Studios, the developer has revealed more information regarding Helldivers. First of all he reveals that battles will take over a period of four to six weeks and the game allows you to tag along with 2-4 players or go in solo. You will be able to earn new weapons and perks while you play through the game.

The developers also revealed a new enemy called as Cyborg. The developer describes them  as “a race of bionically augmented separatists that once were part of the Super Earth federation, but now have declared their sovereignty.” Furthermore the game will feature different environments set in desert and ice, with the snow slowing your movement down.

Strategems are obviously a big part of Helldivers. This was something we discussed in detail in our interview with Johan. Before you jump into a mission you can equip four support strategems. These can essentially change the face of battle when used at the right time.

And finally there will be mechs. The developer has promised that there will be advanced mechs in the game. Right now the standard mech comes packed in with gatling gun and a grenade launcher.