Portal 2 has finally been confirmed thanks to the next issue of GameInformer!

VG247 reported that the newest issue of the GameInformer magazine includes the newly announced title, Portal 2 in it’s front cover. It was also hinted that Portal 2 might be officialy revealed to the public with it’s first official trailer in next week’s GDC. 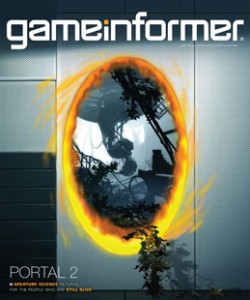 No details have yet been confirmed, but like it’s predecessor we can expect the game’s platforms to be: PC, PS3 & Xbox 360.