It’s hard to believe we are roughly 5-6 months away from the launch of next generation consoles, and we still have yet to actually see the PlayStation 5 or any of the major launch titles it will have. We keep getting teased about seeing it, but what about now? More specifically, since we can’t see hardware yet, how about PlayStation Now, Sony’s streaming service. Well, the number it’s pulling may be a little more underwhelming than you expect, but the growth is there.

At Sony’s Corporate Strategy Meeting, it was revealed that PS Now had passed 2.2 million subscribers as of April 2020. When you consider how long Sony’s streaming service has been going, that seems rather on the low side. But, as you can see from the chart below, the growth from year to year has seen a very significant spike. Going from just over 1 million in March of 2019. Going from 2018, where the growth was only 300,000, it shows that more people are checking out the service.

Last year, the CEO of PlayStation said Now would be pushed much harder going forward, and streaming has become something of a new frontier. While the numbers for PS Now in the now, no pun intended, may not look impressive, it does seem as if the potential for real growth is there. 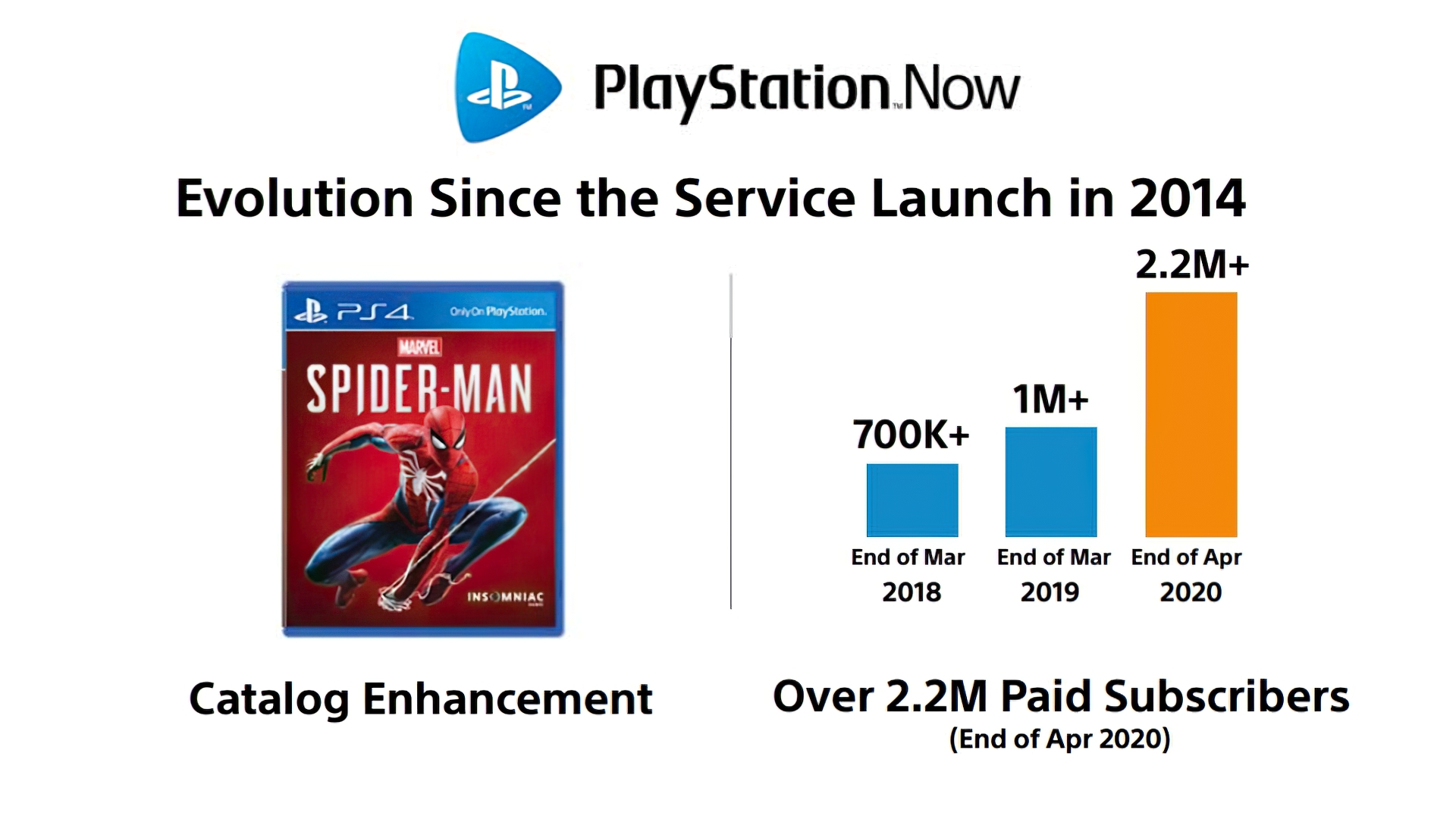