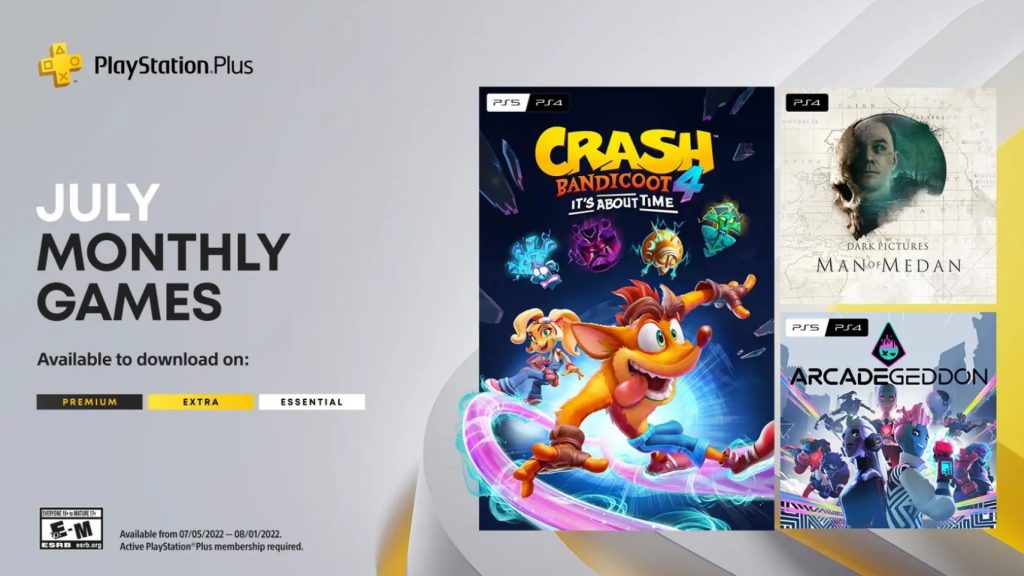 Once again, the leaks were right. As has become almost customary at this point, PlayStation Plus Essential’s lineup of free games for subscribers in July was recently leaked, and as is the case pretty much every month, the leak was spot on. Sony has now officially announced what the three games in this month’s lineup will be.

Toys for Bob and Activision’s 3D platformer Crash Bandicoot 4: It’s About Time, Supermassive Games and Bandai Namco’s interactive horror adventure title The Dark Pictures Anthology: Man of Medan, and Illfonic’s PvPvE shooter Arcadegeddon (which is a new launch) will be the free-to-claim games for subscribers in July. All three will become available on July 5. Members of all three PlayStation Plus subscription tiers will, of course, have access to this lineup.