In the last 12 months, the Playstation 3 has been outselling the Xbox 360 by over a quarter.

Microsoft reported last week that total console sales were at 10.3 million in the last financial year, while Sony reported 14.3 million sales, a 28% increase.

This brings the total number of PS3’s sold since launch to 38.1 million. The Xbox 360 still holds the lead, but only by a slim 3 and a half million.

Price cuts across the board and the release of the PS3 Slim are what Sony claim are the main sales boosters since Holidays last year. 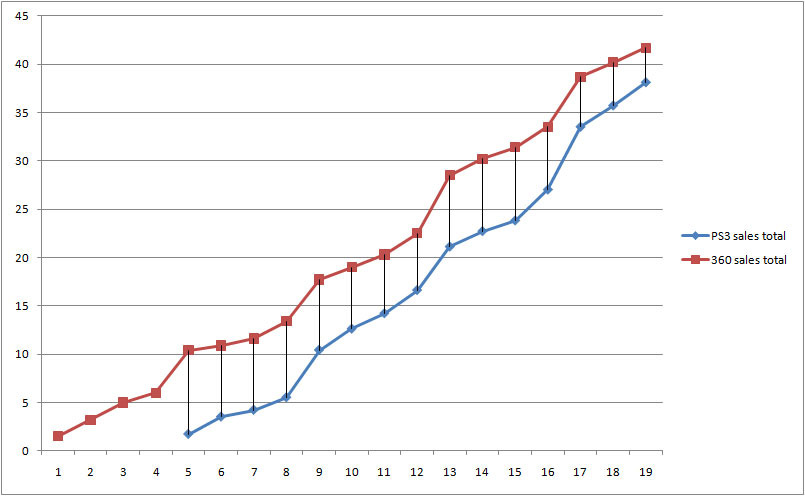