PS3 ‘Super Slim’ to release on Sept. 28, advertised ahead of TGS – Rumor 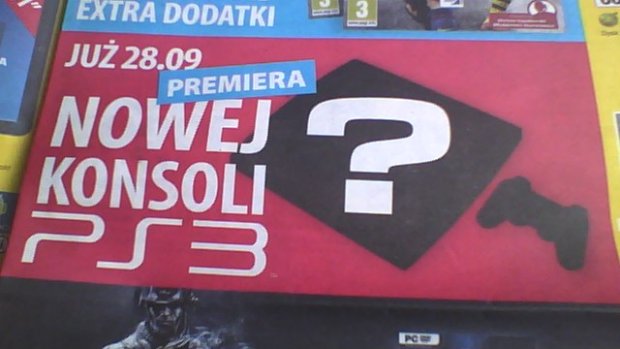 It looks like the PS3 super slim may be released this month if a new advertisement is to be believed. This ad makes it certain that the console will be revealed at TGS 2012 on September 19.

The pic you see above was posted by Polygamia.pl, which is a polish site and in the advertisement it is clearly written that a new PS3 will be released on September 28. Things like these aren’t odd though, with Microsoft’s Xbox 360 Slim unveiled the same way via an advertisement.

The 16GB PS3 is expected to cost $199, which indicates that there will be a worldwide price drop accompanying the reveal. Sony didn’t show the PS3 at Gamescom even though many people expected it to be there.

The new PS3 contains a sliding top panel, but that’s just speculation at this point based on the leaked FCC filings. You can check that post here.

It’s still a rumor at this stage so we advise you to take this news with a pinch of salt. Tell us what you think in the comments section below.