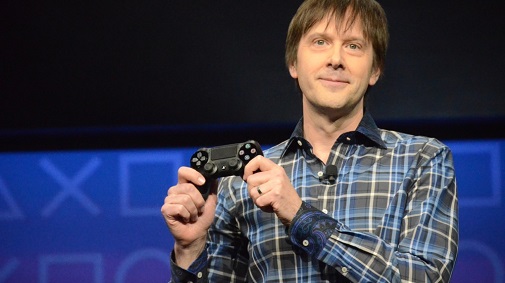 Sony has officially announced the PS4 controller, which is called DualShock 4. The controller is quite similar to what was leaked before. It looks like a lot like the Dualshock 3 but slightly different.

Just like the leaks have revealed, it has a share button, it can upload videos and the user interface has been highly redesigned.

The sticks and triggers have also been redesigned. Mark Cerny, a hardware engineer at the company, officially showcased the controller but we did not see a lot of images or any demonstration of the hardware.

The controller’s share button and the touchpad on the front are ingenious but again we did not see a lot of demonstration which was a bit disappointing.

The console will be released later this year but the great thing is that the system has 8GB RAM of the GDDR5 variety.

We will keep you updated once we get the official fact sheet on the specs.

Here is a video explaining the controller’s features: