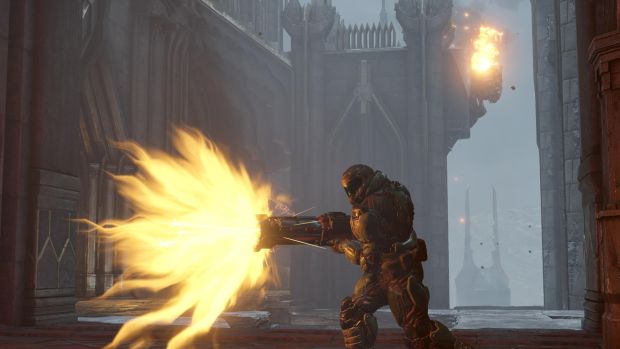 The arena of champions is coming to Steam but those who want access will need to pay for it. Naturally we’re talking about id Software’s upcoming Quake Champions which will be leaving closed beta and entering Steam Early Access on August 22nd. If you already have access to the game outside of Steam, then it can still be played via the Bethesda Launcher where it will remain free to play.

Those interested in playing on Steam will have to purchase the Champions Pack at $30/£20. It will allow access to current and future Champions and an array of bonuses. When Quake Champions comes to Early Access, it will also have a new update which adds two new maps, the Rune Challenge system, unique skins upon discovering ten different lore pieces for a Champion and other features like tutorials and in-game voice chat.

Bethesda has also confirmed that six more Champions will be added by 2018 end. The newest Champion on the way is the Doom Slayer aka the Marine from Doom who’s included in the Champions Pack. He can double jump and his active ability Berserk lets him tear enemies apart with his hands.