Quantum Break Developers Thank Naughty Dog For ‘Raising The Bar,’ And For ‘Inspiration’

'We are stunned in general [at] how awesome it looks.' 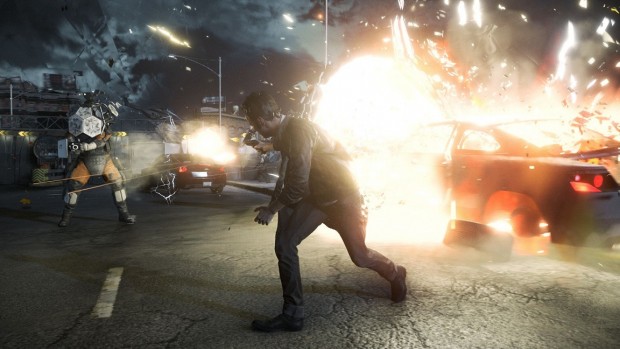 New previews for the long anticipated and long delayed Uncharted 4: A Thief’s End finally released today, and it seems as though everybody is stunned at what they see- in general, it appears as though Naughty Dog have been able to, yet again, pull off a great game.

But the media and fans are not the only ones impressed by what they see- rival studio Remedy, who developed the Xbox One-Windows 10 exclusive third person action game Quantum Break, are also in open admiration of the game. They took to Twitter today to praise the game, stating that they were ‘stunned in general [at] how awesome it looks,’ and Sam Lake himself thanked Naughty Dog for ‘raising the bar & for inspiration,’ also stating that he would be sending him a copy of Quantum Break, and that he would be looking to get a copy of Uncharted 4 in turn.

It sounds like Naughty Dog’s incredible run never ends- that with Uncharted 4: A Thief’s End, they have yet again managed to crank out a game that can only be referred to as a masterpiece.

Most of us at Remedy have been watching these #Uncharted4 videos today. Just stunned in general how awesome it looks. Kudos @arnemeyer

Sending #QuantumBreak your way @Neil_Druckmann as part of the deal. Really looking forward to #Uncharted4! pic.twitter.com/gGtpZVE92U