The headlines have been buzzing aplenty following E3 2015, er, Gamescom 2015. While plenty of publishers attended to display new ways to both annoy (Square Enix’s total lack of major information for Final Fantasy 15) and befuddle us (Sims 4 dance party on the stage? Er…), the event was made important by Microsoft’s presser. It was during this presser that we received a look at some of the biggest upcoming titles of 2016 such as Crackdown 3, Scalebound and even Halo Wars 2. The power of Microsoft’s Azure cloud server, as exemplified in the utter destruction of Crackdown 3, admittedly impacted the public and press worldwide.

"Part of this could be due to the expectations I have from Remedy. This is a company that brought about Max Payne, which reinvented the third person shooter genre with its cinematic albeit cheesy story-telling and bullet-time gameplay."

However, it was the presence of Quantum Break, Remedy Entertainment’s third person action title/time manipulation exercise that stood out the most for me. This isn’t to say it was my favourite game of the conference (Battleborn says hello) but it definitely stood on its own among a crowded Xbox One line-up.

Part of this could be due to the expectations I have from Remedy. This is a company that brought about Max Payne, which reinvented the third person shooter genre with its cinematic albeit cheesy story-telling and bullet-time gameplay. However, there was a time when even Max Payne was seemingly beset by delay after delay. It always looked impressive but at the time, most people were just itching to finally play it. Ironically enough, Max Payne 2 released much more quickly afterwards.

The same could be said for Alan Wake. It had its takers with regards to the visuals and overall presentation. Heck, it looked good each and every time one saw it. But the final game didn’t really catch my fancy. It wasn’t the story or the combat that really dragged it down. The game was simply…there. And while that’s not bad, it’s certainly not what you’d expect from a title Microsoft was touting as blockbuster-caliber. 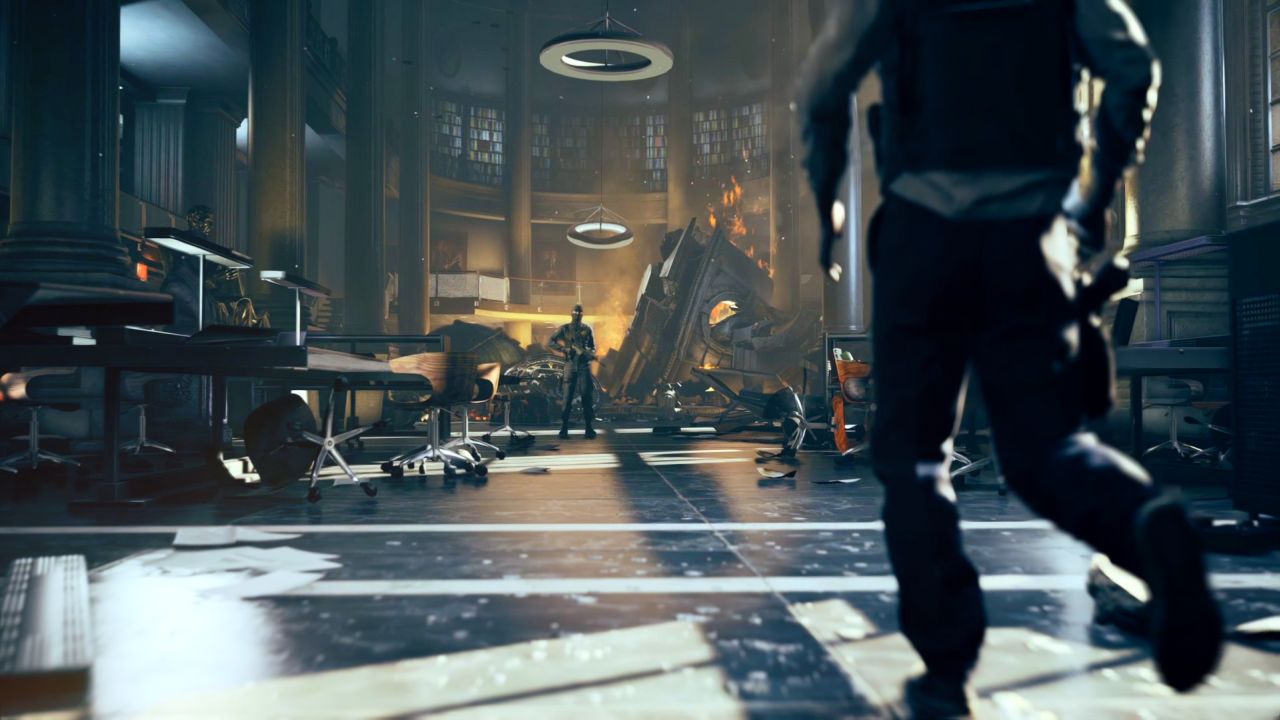 "In the time since Quantum Break last appeared, it seems like Remedy was working hard on the actual game itself rather than just looking for a way to connect it to the show."

Quantum Break is different, however. Despite the fact that it was built as a transmedia narrative, with the game presenting the side of the heroes while the TV show focuses on the villain’s story, Quantum Break stood out with its new fangled mechanics. Manipulating time in a free form fashion wasn’t exactly unheard of but Quantum Break took the science and ran away with it. For all that we thought we saw however, there was still an aura of mystery about the title.

Thankfully, by the time Quantum Break was showcased at Gamescom 2015, it was apparent what Remedy had been doing in its time – building a game for all these mechanics. Despite the Xbox Entertainment Division being shut down, a lot of focus was placed on the TV show as well with Aidan Gillen (“Little Finger” from Game of Thrones), Shawn Ashmore (X-Men series) and Lance Riddick (The Wire) starring in it. That’s a pretty compelling cast right there though it remains to be seen how the script holds up.

In the time since Quantum Break last appeared, it seemed like Remedy was working hard on the actual game itself rather than just looking for a way to connect it to the show. The Gamescom demo expanded significantly on what we thought we knew about the game, introducing the ability to freeze certain portions of reality and speed others up to achieve different effects. 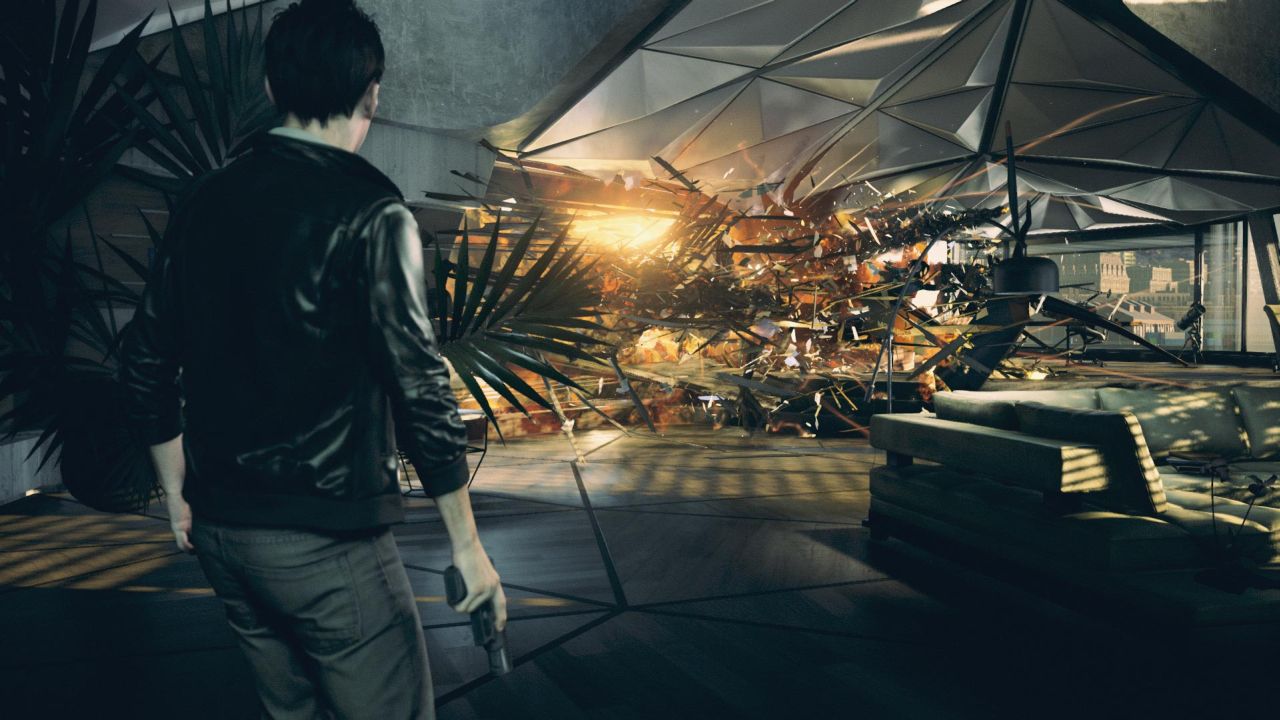 "Whether it breaks sales records or simply tides over the Xbox One crowd remains to be seen but it sure looks like it’ll be fun."

And for as antiquated as it may sound, it was just the fact that I was seeing actual gameplay that I’d love to play unfolding before me that made Quantum Break so impressive. Crackdown 3’s cloud mechanics in multiplayer sound impressive, sure, but there wasn’t really much beyond that revealed. Scalebound looked bad-ass in its combination of Devil May Cry-like hack and slash and dragon commandeering but it was a modest beginning. The hooks for Quantum Break were right there, on full display – it was one of those moments where you’re simply sold on a game, regardless of what else you see from it.

Will that make Quantum Break an excellent game when it releases? Maybe not – there are plenty of people who hated Titanfall despite how impressed I was with the initial footage and beta (and the subsequent game, which I continue to enjoy). But it proves that Remedy – and by extension, Microsoft – aren’t simply waiting around for these kinds of blockbusters to just develop. There is work happening behind the scenes and it looks good, even if it takes time to deliver.

Maybe that’s something that should be kept in mind for many games stuck in development limbo. However, Quantum Break is no longer one of them and the stage is set for it to break out on April 5th 2016. Whether it breaks sales records or simply tides over the Xbox One crowd remains to be seen but it sure looks like it’ll be fun.