Posted By Rashid Sayed | On 24th, Aug. 2011 Under News | Follow This Author @GamingBoltTweet 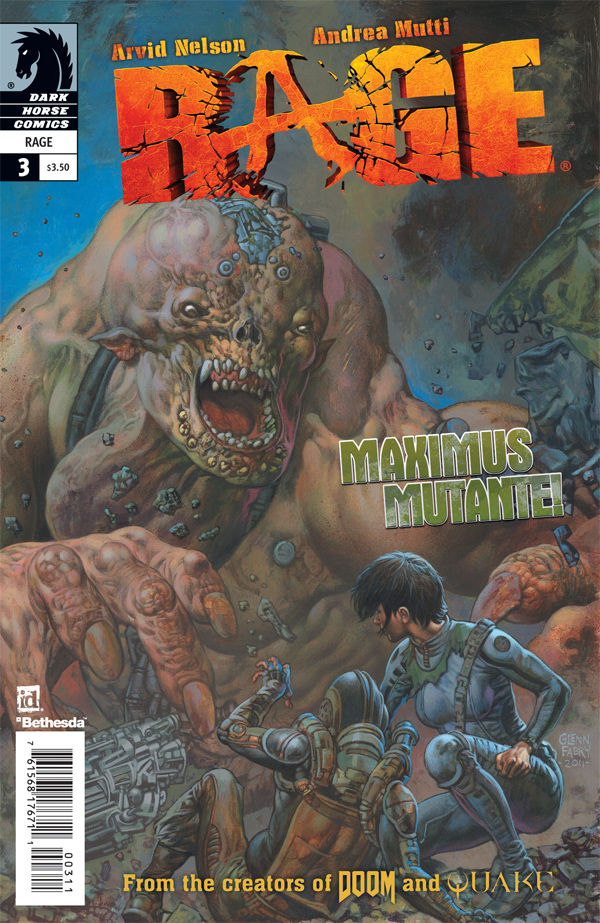 Bethesda have announced that RAGE’s comic issue #3 is now available. You can check the cover art above.

The three-issue comic book series is an original miniseries written by Arvid Nelson, the acclaimed creator of Rex Mundi, and penciled by Andrea Mutti (DMZ). The cover art was created by Glenn Fabry, best known for his work on Hellblazer and Preacher. Set prior to the events in the game, the comics are an extension of the RAGE universe and provide insights into the game’s over arching storyline.