Here's everything you need to know about Ubisoft's upcoming co-op PvE shooter.

The Rainbow Six franchise has gone through a radical shift over the last decade, and looking at how big of a money-maker Rainbow Six Siege has become for Ubisoft since its excellent recovery and subsequent improvements, it’s not hard to see why. With the upcoming Rainbow Six Extraction, the series is trying some more new things, and ahead of its imminent launch, here, we’re going to talk about a few key details you should know about the game. 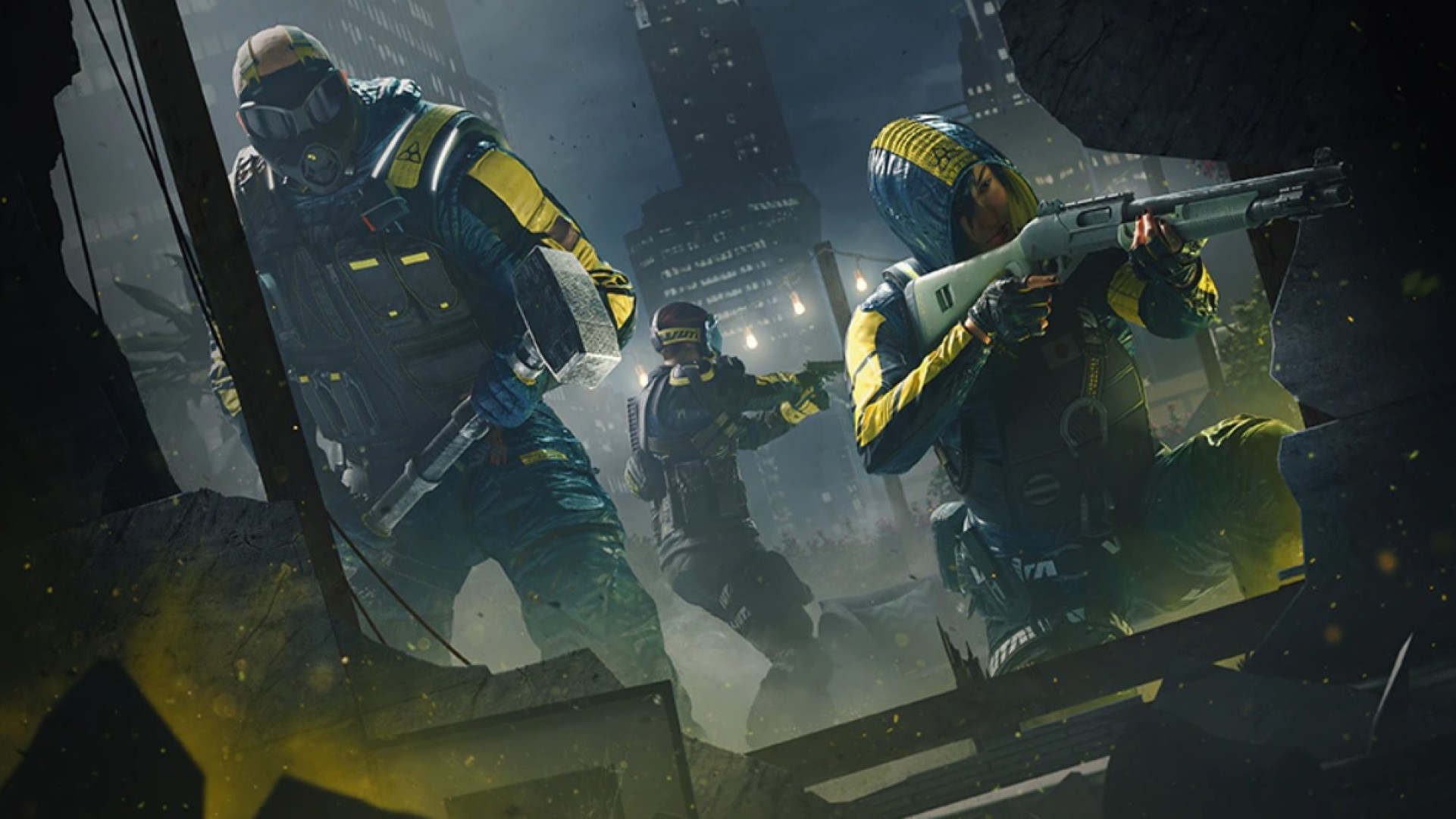 While Rainbow Six Siege is going to keep its PvP competitive multiplayer train going, with Extraction, the series is taking a bit of a left turn. Parasitic aliens known as Archaeans are running among in the world, and the primary objective is to fight back against their ever-growing threat. Each game – or incursion, as it’s known here – in the game will see a group if three players (though it can also be played solo) heading into different locations to gather intel, complete objectives, and destroy Archaean nests. Rainbow Six Extraction differs from Siege in some fundamental ways, but the two games will also have plenty of stuff in common- like Operators the latter returning as playable characters in the upcoming shooter. Rainbow Six Extraction will feature 18 playable operators at launch that Siege players will be more than familiar with, though they will, of course, be altered to fit the game’s PvE style and structure better. 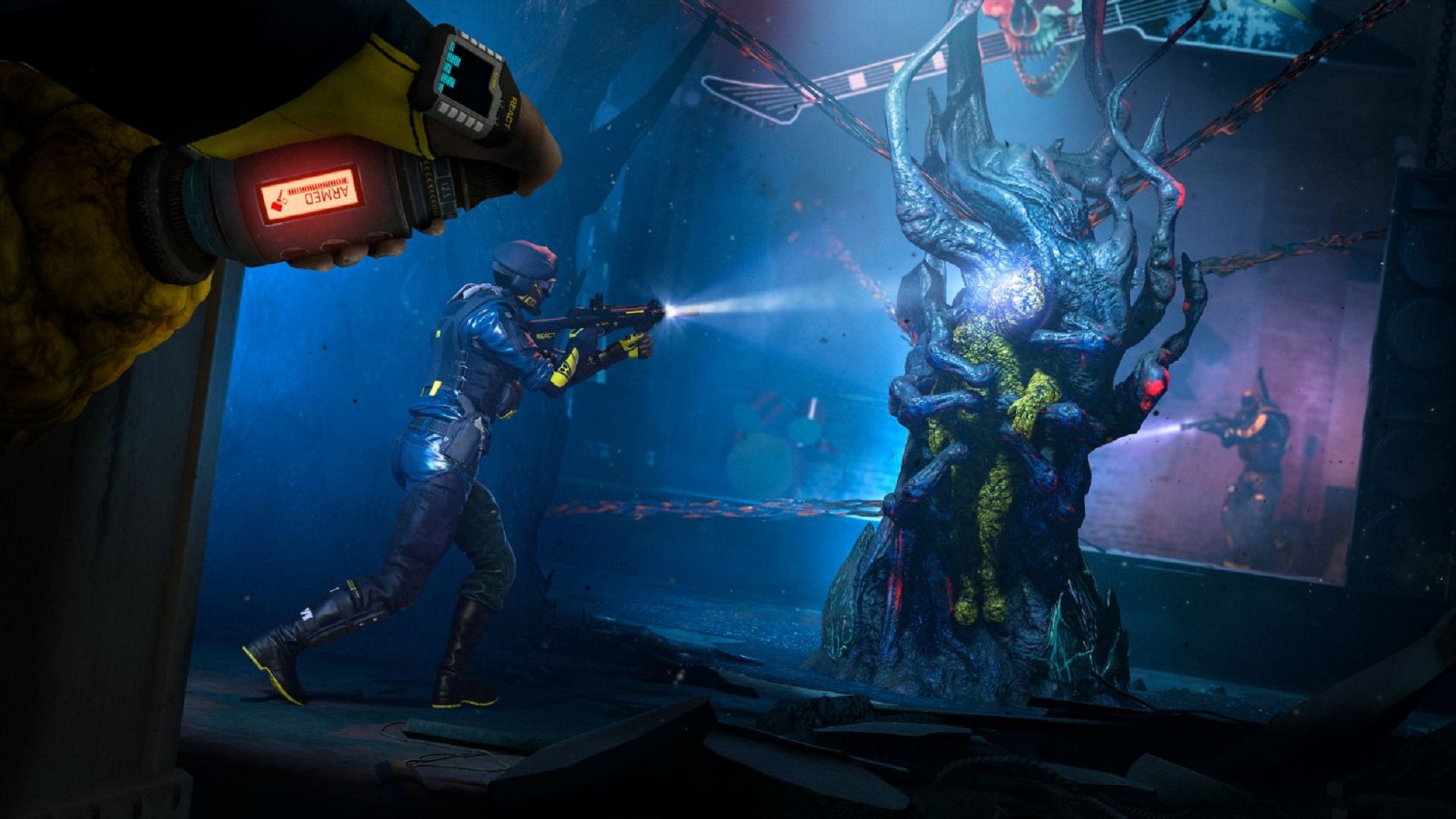 So which operators exactly are going to be featured in Rainbow Six Extraction at launch? While not all 18 operators have been unveiled so far, many of them have been. These include Gridlock, who specializes in laying down traps; Finka, who’s useful for reviving downed allies; Smoke, who, as his name suggests, can throw damage-dealing smoke grenades; Hibana, who can shoot remotely detonable sticky explosives; and Lion, who’s capable of detecting all moving enemies within a certain range. Other operators that have been revealed so far include Nomad, Ela, Sledge, Alibi, Vigil, Pulse, and Doc. 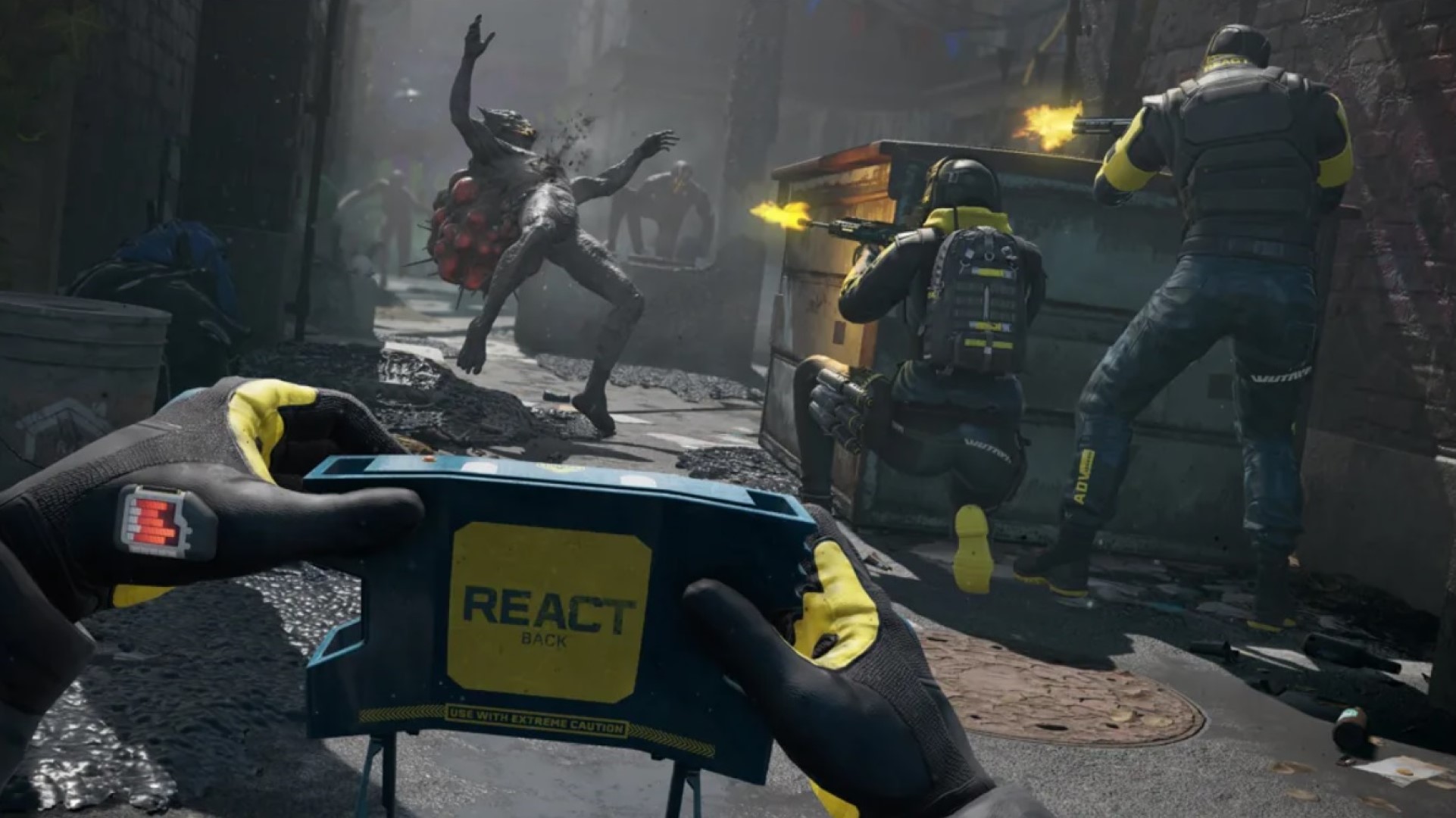 Maps, of course, are a crucial component of any multiplayer-focused game, so what should you expect from Rainbow Six Extraction in this area? At launch, the co-op shooter will allow players to head into one of four different zones, each of which will have three sub-zones each, which means there will be a total of 12 maps when the game releases. In New York City, there will be an overgrown residential sector known as Monolith Gardens, the Archaean-infested Police Station, and Liberty Island. Meanwhile, in Alaska, you’ll be able to head to an infested farm known as Nome, Eurydice Valley, and Orpheus Research Center. 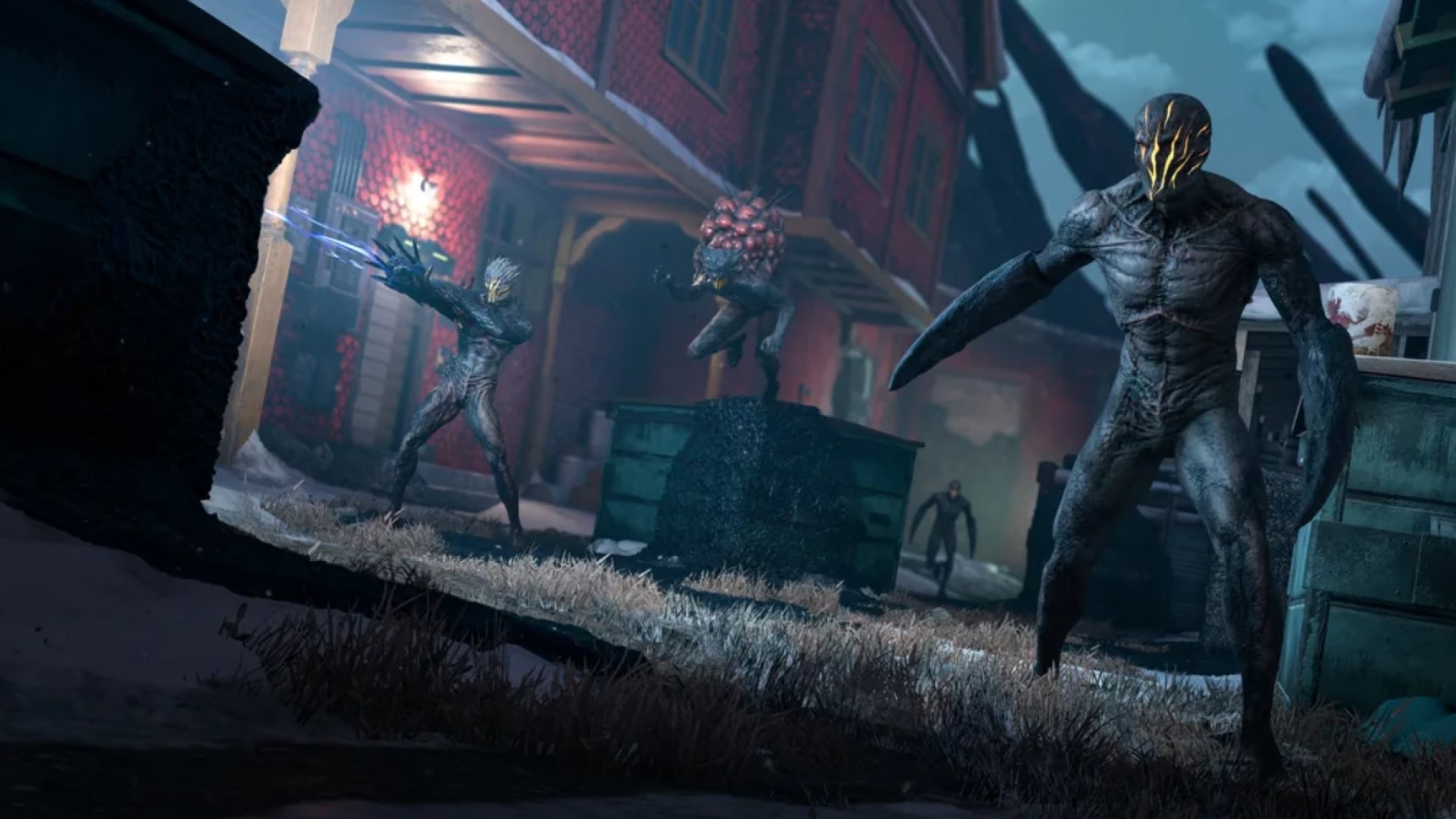 And what about the remaining six maps? In San Francisco, there’s Enterprise Space Foundation, which is set in the HQ of a successful company that got overrun by the aliens, Apollo Resort, which is exactly what it sounds like, and Tenderloin, one of the many infected neighbourhoods in the city. Finally, the remaining three maps are Downtown, a set of twisted city blocks close to ground zero, Sierra County Hospital, which, too, is heavily infected, and Dam, a huge dam in the region that is crawling with Archaeans. 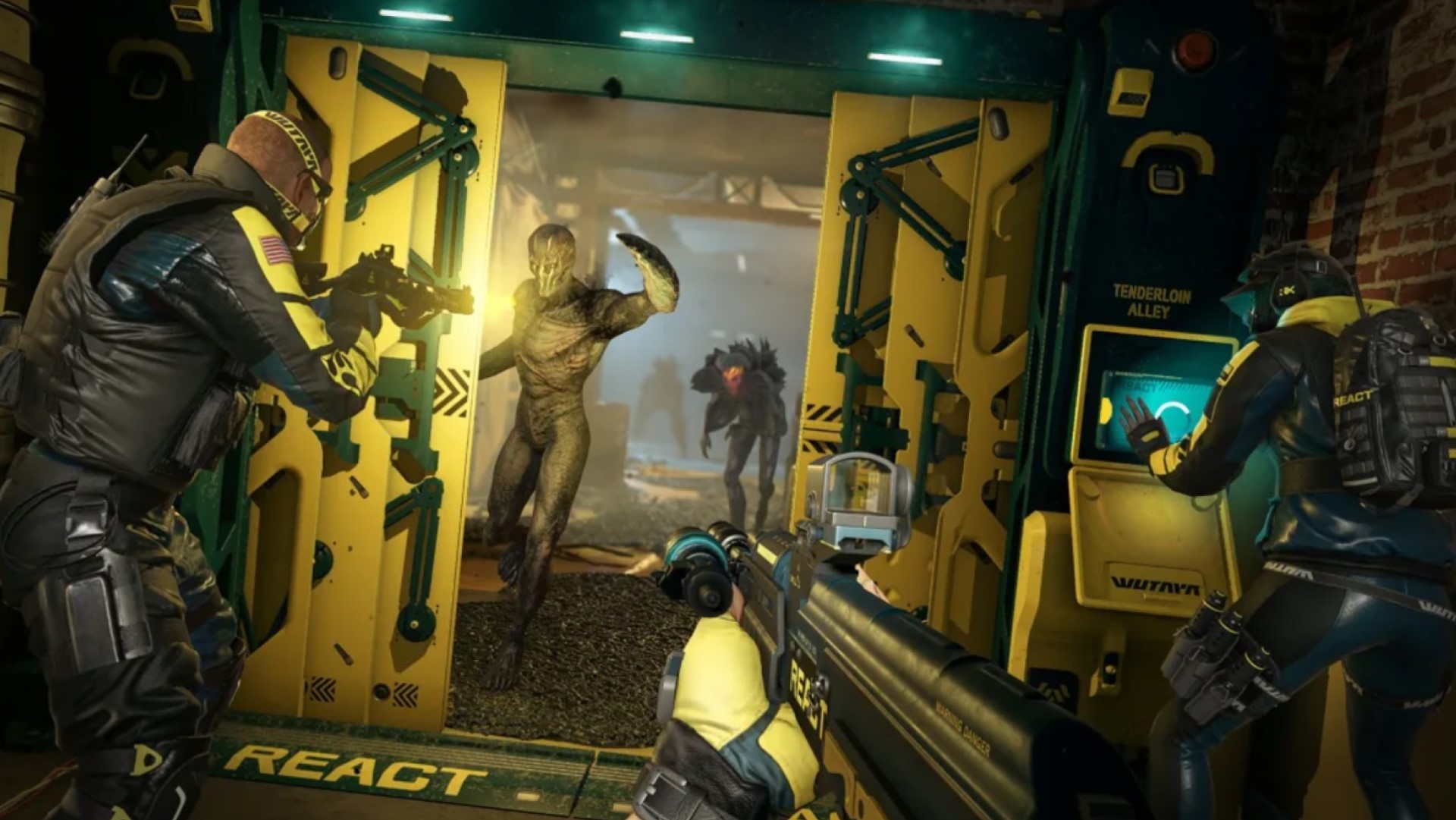 Of course, to battle against the formidable threat of the Archaeans, you’ll also need plenty of firepower at your disposal, and Rainbow Six Extraction will have plenty of that. At launch, the game will have 69 unique weapons across various different categories, including assault rifles, machine guns, shotguns, and more, each with their own customizations and upgrades. Meanwhile, the game will also have 25 unique gadgets, such as the movement-hindering glue grenade, a deployable barrier known as field wall, the Archaean-spotting React Light, and more. 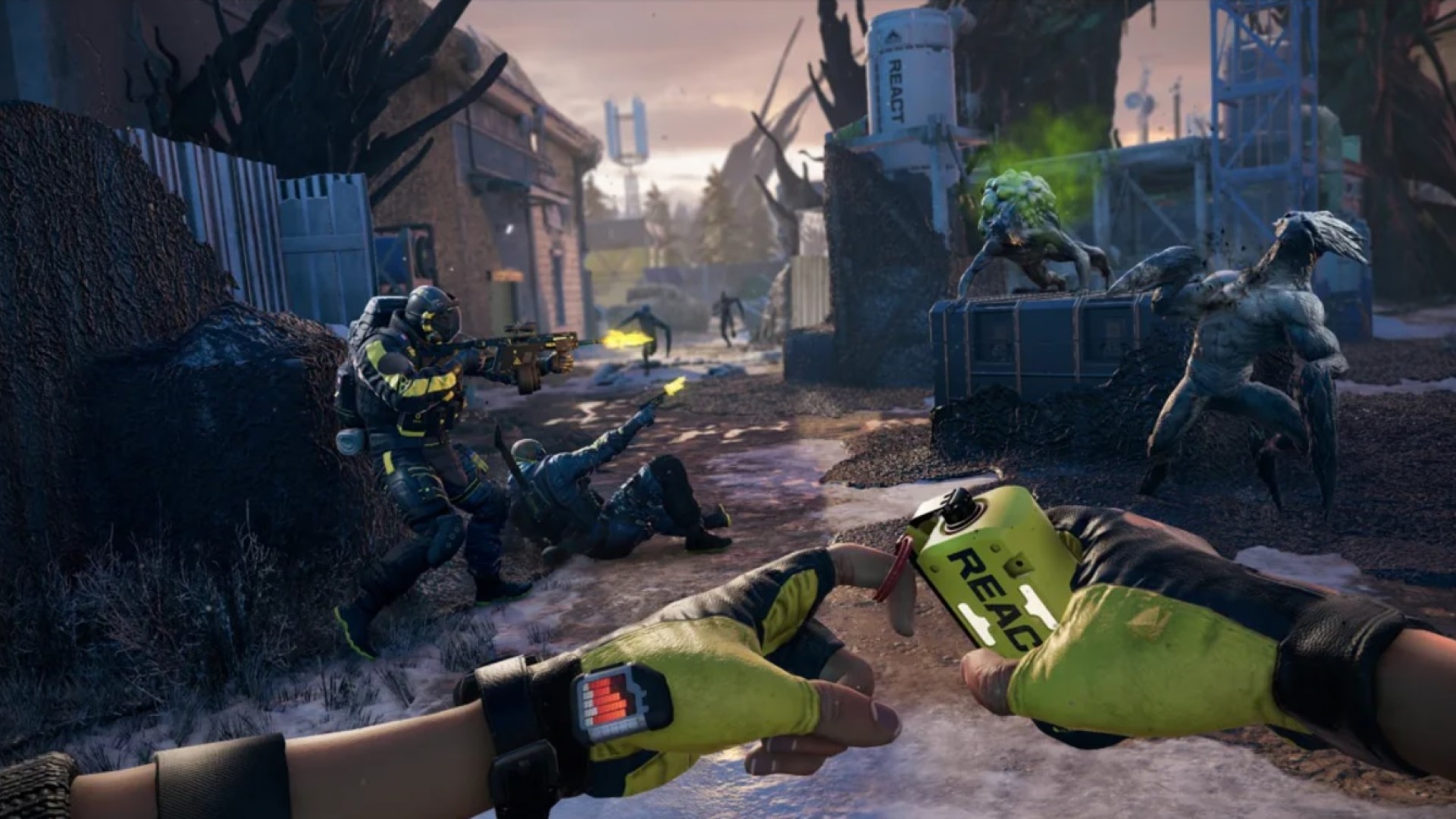 Given its very nature, Rainbow Six Extraction is going to be prone to repetition, so how exactly will it stave off that repetition? Well, while the maps that you’ll be playing in will be strictly defined, the objectives you’ll have to tackle in each map will be randomized in each incursion, with each map having three objectives that will be picked at random out of a pool of 13. One of the available objectives, for instance, will task you with a Protean, which is a deadly Archaean that is capable of taking on the shape and form of an operator and also mimicking their abilities. 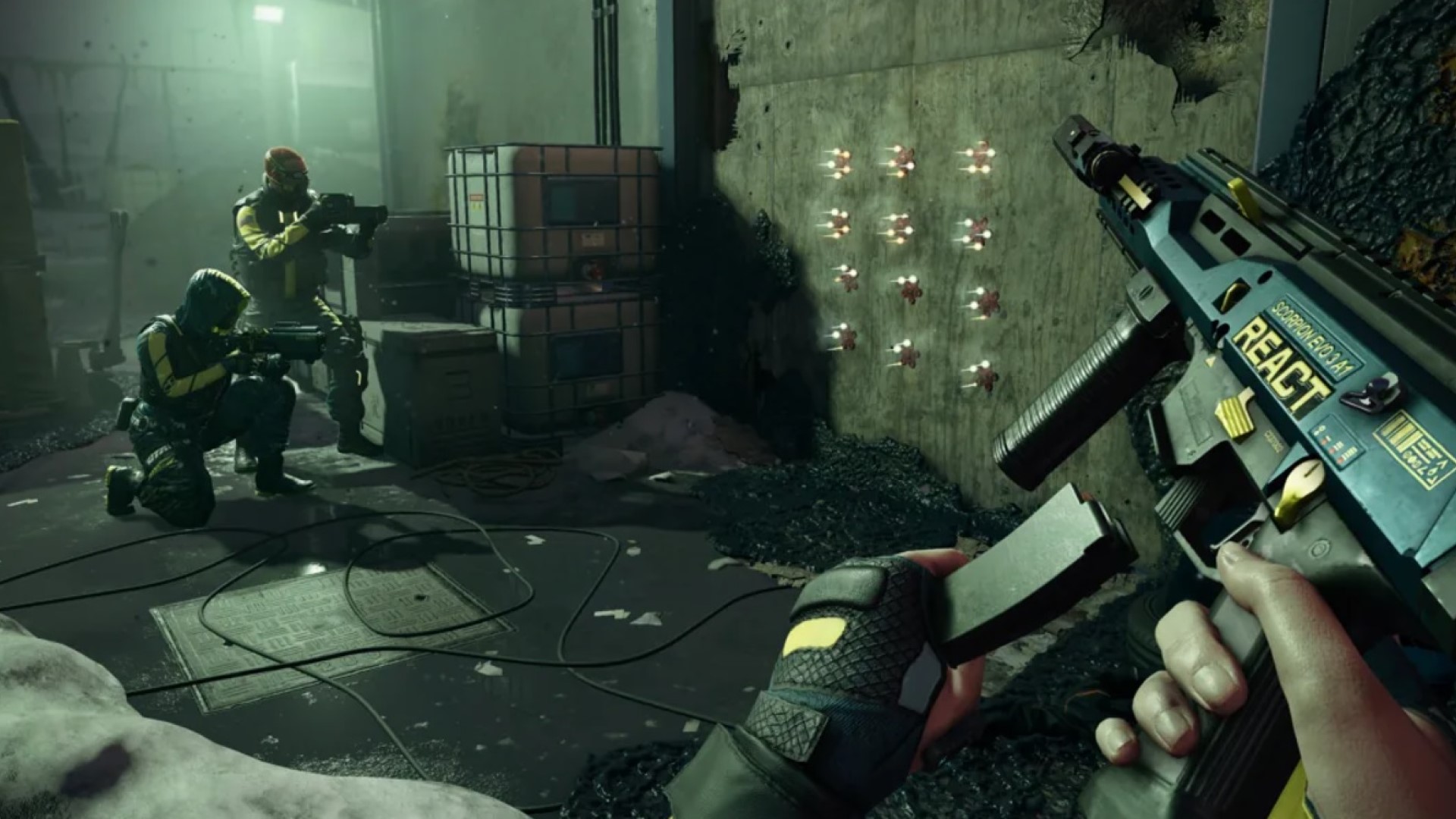 We’ve spoken plenty about Archaeans, but what exactly can we expect from these parasitic aliens in Rainbow Six Extraction? It seems like the game’s going to try and have some variety here as well, with there being 13 different types of Archaeans available at launch. These include Grunts, which have daggers for hands; Spikers, which can shoot armour-piercing projectiles; the tank-like Smashers, which like charging at enemies; the Lurkers, which can render other aliens invisible; the Breachers, which come with explosive sacks on their backs; and more. 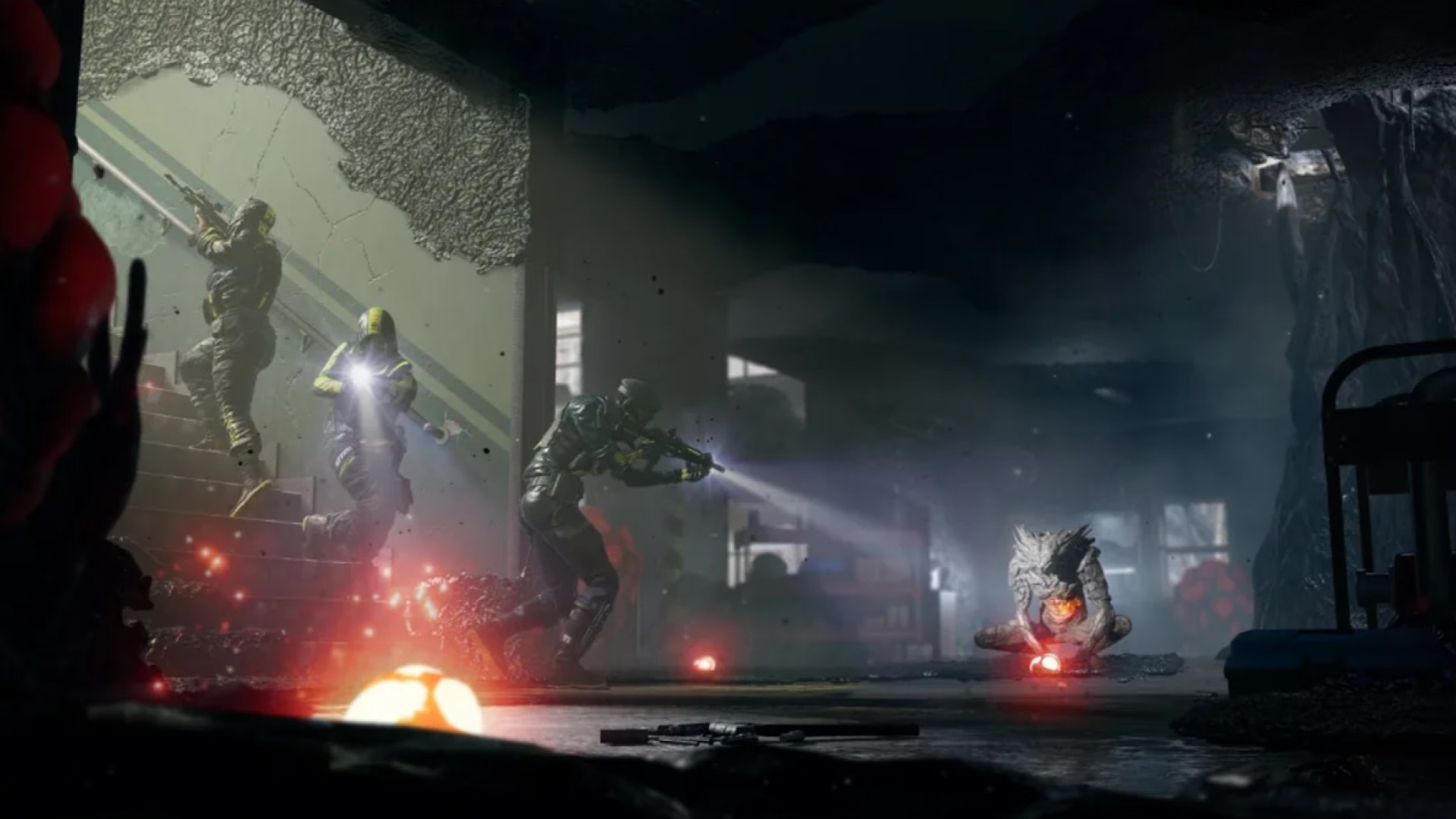 Rainbow Six Extraction is taking quite an interesting approach to difficulty. Every time you’ve made it through a segment of an incursion, the game will let you decide whether you want to extract with the stuff that you’ve earned up to that point, or risk going on to more difficult objectives and face off against tougher enemies with the promise of better rewards. That means there’s always going to be a risk/reward mechanic at play. But what exactly is the risk that’s involved here? Well, that brings us to our next point… 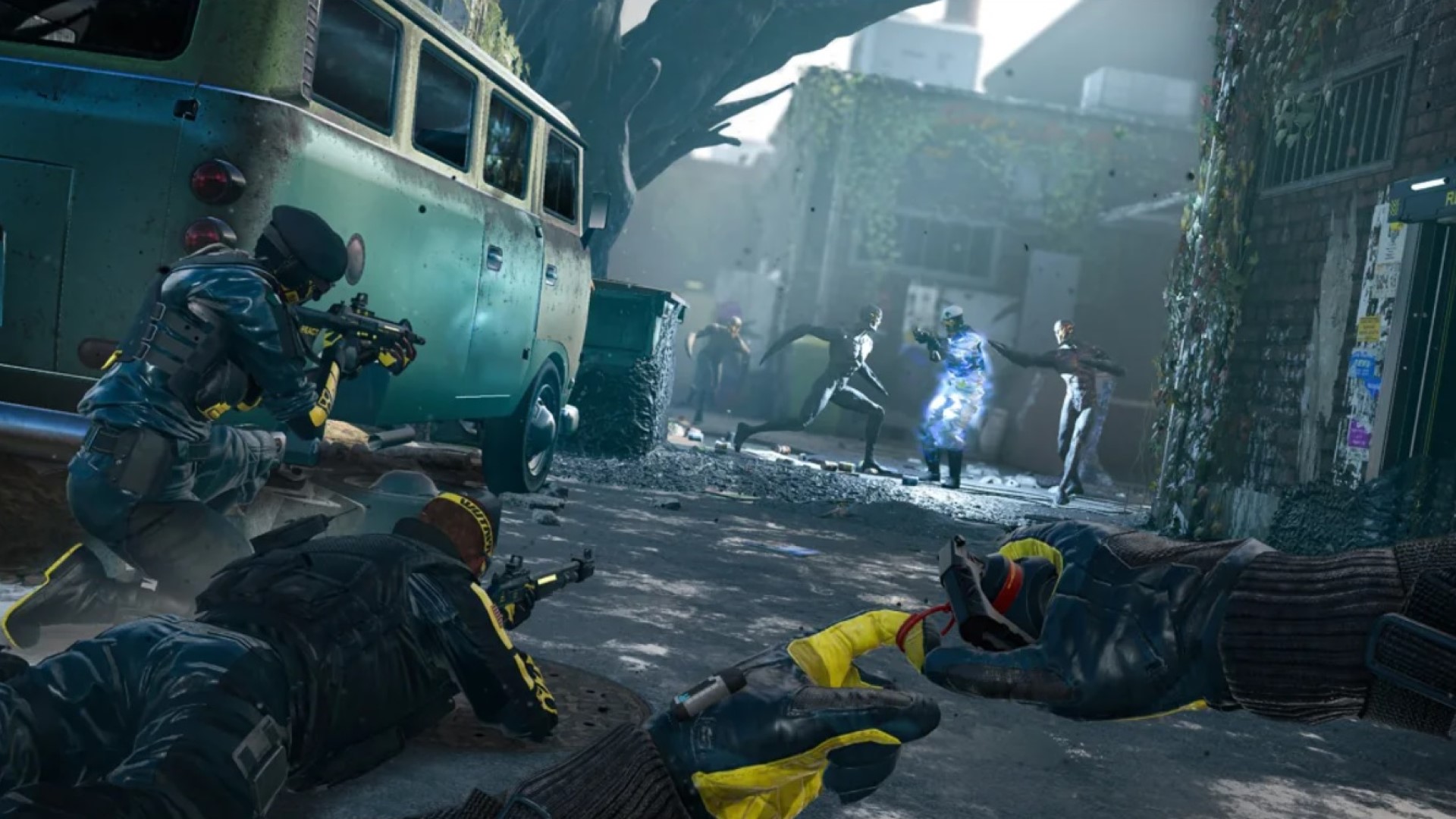 If one of your fellow operators fails to extract from a zone with you, that’s going to have actual mechanical consequences. To put it simply, to get such operators back into your squad and ready for action once again, you’ll have to head back intro zones to get them back out. These MIA missions will see you taking on deadly swarms of enemies as you attempt to rescue that operator. Until such time you get them back, they will be unavailable for future missions.

Given Rainbow Six Extraction’s nature as a live game, it’s going to need content beyond what it will have on offer in ita main offerings- and Ubisoft has plans for some interesting endgame content as well. The highlight here is Maelstrom Protocol, which has been described as “a challenging endgame mode” for players who’ve fully upgraded their operatives of choice. This mode will entail timed objectives, unique challenges, special cosmetic awards, and more. 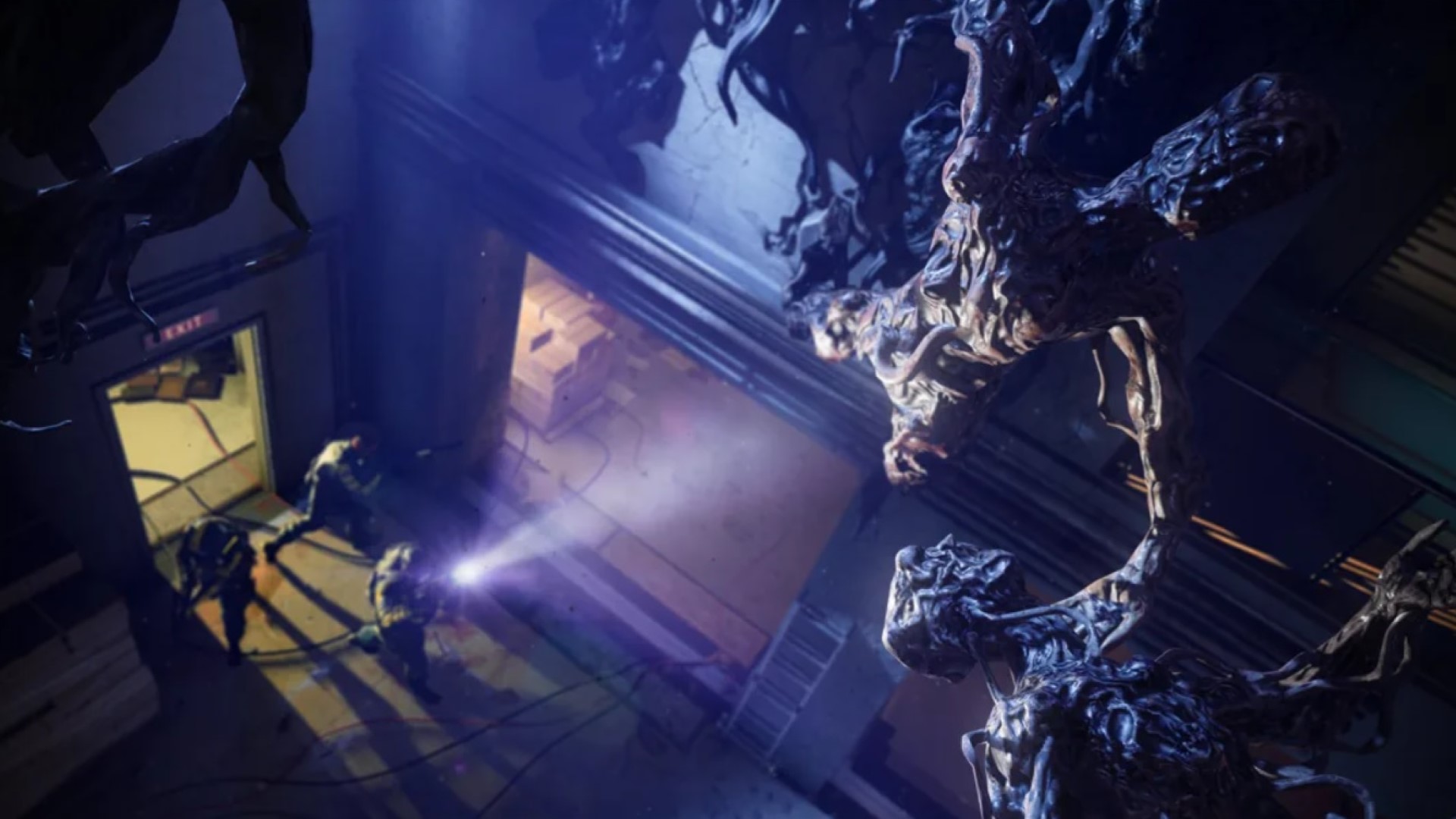 And of course, Ubisoft has plans for continuing to add to Rainbow Six Extraction once it has released as well. We can probably tacitly expect that additional operators, weapons, gadgets, cosmetics, maps, and modes will be added to the game following its release, but in the immediate future, Ubisoft also has plans for events. While specific details are currently unknown, Ubisoft has promised things such as limited time events called Crisis Events, weekly assignments, and more.

Given Rainbow Six Extraction’s nature as a multiplayer game, understandably, enough, there are plenty of questions out there about whether or not it will support cross-play. Thankfully, it will, with Ubisoft have confirmed that cross-play, cross-saves, and cross-progression is being supported across all platforms. Given the fact that this is a PvE co-op game, we’re also hoping issues with cheating won’t be as prevalent as they tend to be in competitive shooters these days. Interestingly, Ubisoft is also taking some pretty player-friendly steps to ensure that Rainbow Six Extraction draws in a large crowd in its early days following launch. For instance, each copy of the game will come with two Buddy Pass tokens, which will allow you to invite up to two players to play the game for free with you. That said, unlike other games that have done Buddy Passes, such as It Takes Two, there is a caveat- the Buddy Pass for Rainbow Extraction will only last 14 days, following which the two players with the tokens will have to buy the game themselves. Still, it should serve as a nice trial period. 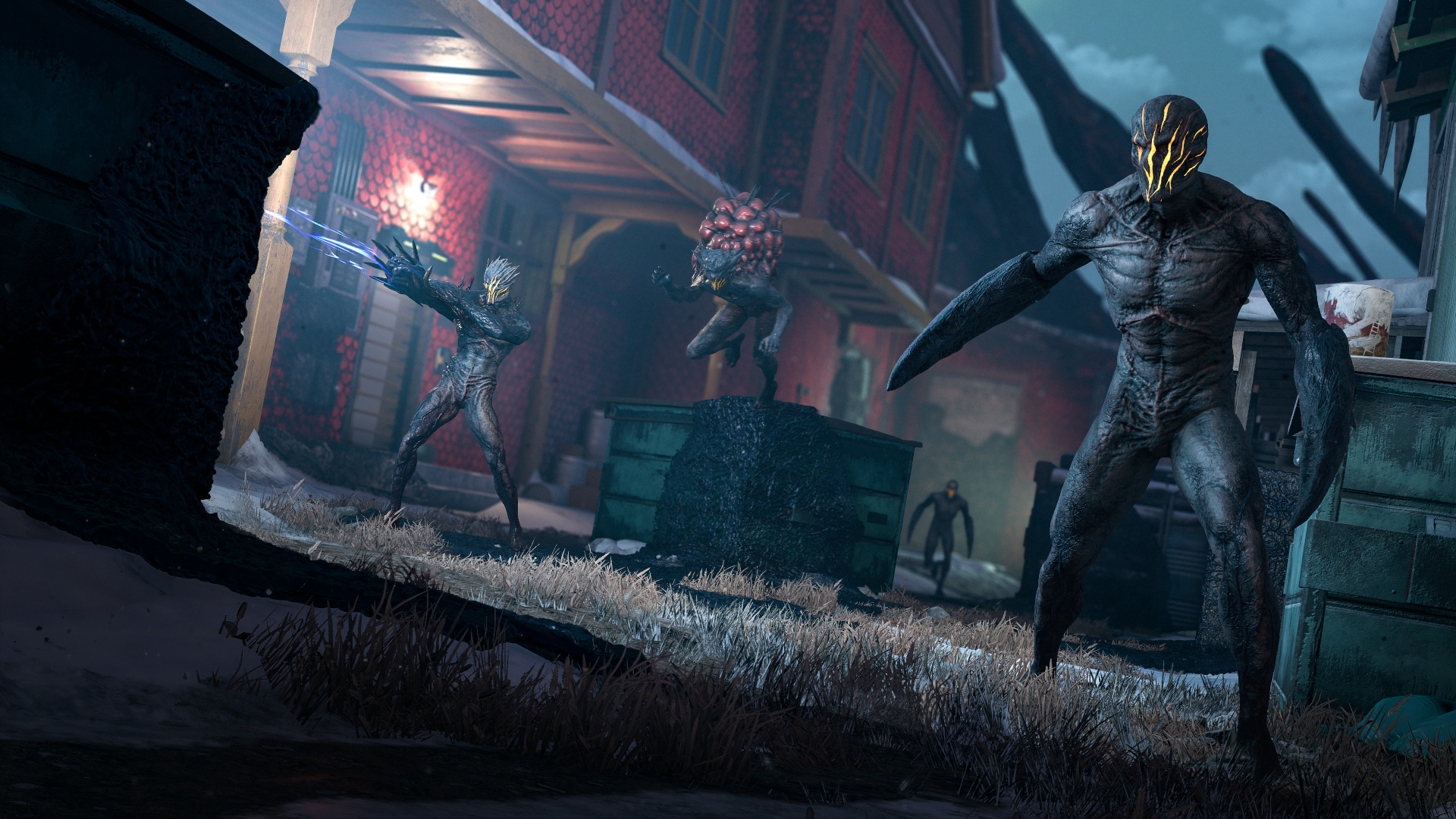 Here’s another way Ubisoft is actively trying to bring as many people into Rainbow Six Extraction as possible. Many AAA publishers are trying to hike their game prices up to $70 these days, while most other AAA releases stick to the long-time $60 standard price. Rainbow Six Extraction, however, is going to cost $40 on all platforms.