Rainbow Six Extraction Kicks off “After Effect” Crisis Event, Will be Available Until November 17

The newest Crisis Event in Rainbow Six Extraction, titled After Effect, has gone live. It features new enemies, and new REACT tech, among other things.

Fight through the toxic haze, dealing with hallucinations and vision problems, to destroy the Toxic Tree in this new limited-time event.

New trailer teases the Operators of REACT apparently fighting a threat that isn't real and not being able to trust their own judgment.

Ubisoft has released a new update for Tom Clancy's Rainbow Six Extraction, adding in a new Protean, 10 new levels of Prestige, and more.

Ubisoft confirms that Rainbow Six Siege is continuing to perform as well as ever, while Rainbow Six Extraction has also got off to a solid start. 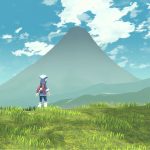 Released on January 20th, the co-op shooter was also reportedly the fourth most popular console game on Xbox Game Pass in the United States.

Rainbow Six Extraction's Buddy Pass will allow you to invite two friends to play the co-op shooter with you for free for 14 days.

Those in the United States can start playing at 12 AM ET/12 AM PT while those in the UK can access it today from 11 PM GMT onwards.

Rook serves as a strong support with his armor plates providing damage resistance. Armored allies also get downed instead of knocked out.