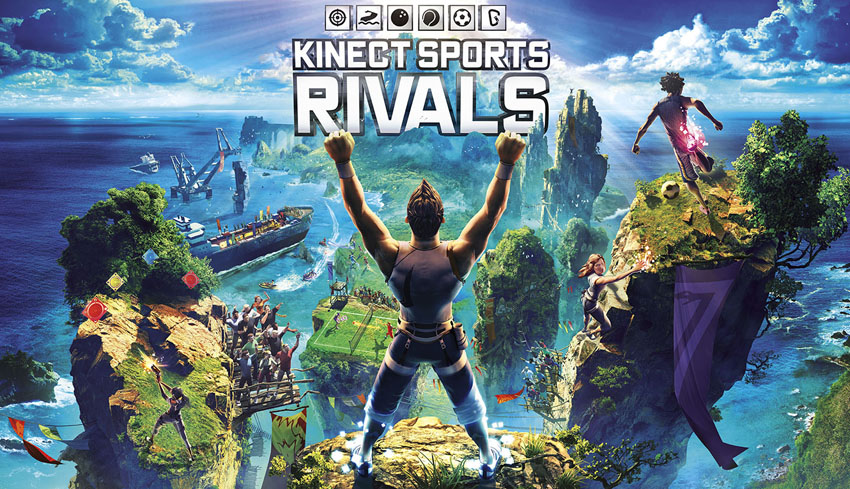 Two of those things may be happening.

Speaking to OXM, Simon Woodroffe from Rare talked about the studio’s future beyond Kinect Sports Rivals, which releases next year.

First, a word to those who may be slightly prejudiced against the game because of it being on Kinect- this one is not solely a Kinect game, and uses the Xbox One controller in conjunction with the advanced motion sensing afforded by the new Kinect technology. So this might actually turn out to be a pretty good title, not just on its own merits, but also a good title period.

Anyway, Rare is looking at making similar Kinect enhanced games in some of its historic, classic franchises.

“When we launched Kinect obviously there was a big focus on ‘everything must be Kinect,'” he said in a behind-closed-door chat at the show. “Now it’s in the box, use it where it make sense, don’t where it doesn’t. It can be used in some really – not gimmicky ways, which is what I think you’ll see a fair amount of – but ways that actually really enhance the game. We’ve got some ideas for how to use it in the right way.”

Could this be in a new Perfect Dark, OXM asked.

“Maybe! We’ve got an idea for that. It would be controller plus Kinect. We’ve got ideas for most older Rare IP, you won’t be surprised to hear. There’s quite a lot of desire to do that, and Viva Pinata, Conker… Banjo’s very popular internally, a lot of people want to do stuff with Banjo.

“So if we can find the right – we’re all about giving people new experiences, that’s what we want to do. It’s a very technical studio. I’m relatively new, what I’ve learned is they’re brilliant at technology, they really know how to make creative things out of technology.

“We want to find that thing that nobody’s ever done before and make a game out of it. We should be inventing new genres, inventing new ways to play. And this sensor gives us new opportunities to do it, with the fidelity it has now.”

There was one more thing he said, which is likely to be heartening to fans of the classic studio’s heyday- the studio will, like before, start working on multiple titles at once following Kinect Sports Rivals, and also get better at providing post launch support for its games.

It almost sounds like Rare might be primed for a comeback, but those among us who know better know that can’t be right.