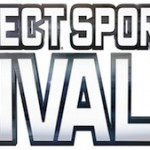 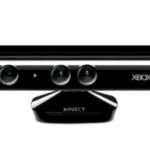 Big surprise. Microsoft announced the sequel to Rare's Wii Sports rip off, Kinect Sports, at their E3 presser today. The game looks like a poor (or rich, depending upon how much money you spent... Read More

Microsoft have announced new DLC for their motion controlled Kinect Sports game, titled Calorie Challenge. The Calorie Challenge DLC will be released on Xbox Live on April 29, and has various lu... Read More

This week’s Xbox 360 chart: Kinect on the rise?

Sports compilations are well designed for the motion control paradigm. With a wealth of games already invented for you to digitize, it is an easy way to demonstrate the versatility of your motion cont... Read More

Talk about the progeny turning its back on the progenitor. Rare, Nintendo's premiere in house developer at one time and now Microsoft's not so premiere developer, has stated that it has no qualms ... Read More

According to Rare studios, who are currently working on one of Kinects launch titles called Kinect Sports, they said that lag will not be an issue with Kinect. Even though a lot of people who teste... Read More