No sales numbers provided (yet). 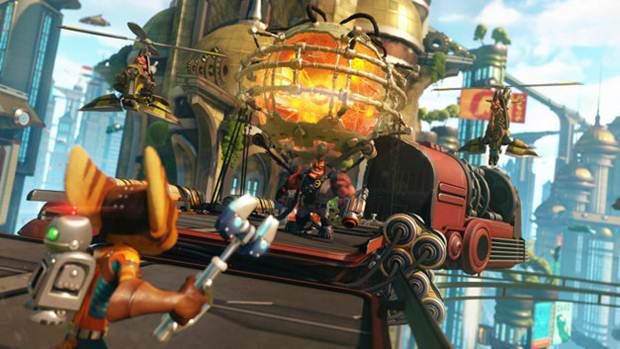 The recently released Ratchet & Clank on PlayStation 4, a reimagining of the first game to coincide with the CG movie, has been a great success. According to Insomniac Games on the PlayStation Blog, it’s now the fastest-selling entry in the series. Naturally no sales numbers were provided so we’ll have to take their word for it.

It wouldn’t be too hard to believe though. There haven’t been too many major PS4-only titles released in the past few months and with the following that the Ratchet & Clank series has – not to mention the number of PS4 owners – it’s certainly possible that it’s the fastest-selling entry thus far. Of course, it also helps that the reimagining is a good game in its own right.

You can check out our official review of Ratchet & Clank here to learn more about its gameplay. What are your thoughts on the game and its success thus far? Let us know in the comments below and stay tuned for more information.