The 16-minute alpha gameplay video breaks down the various systems of the rogue-lite. Registration is also available for an upcoming closed beta. 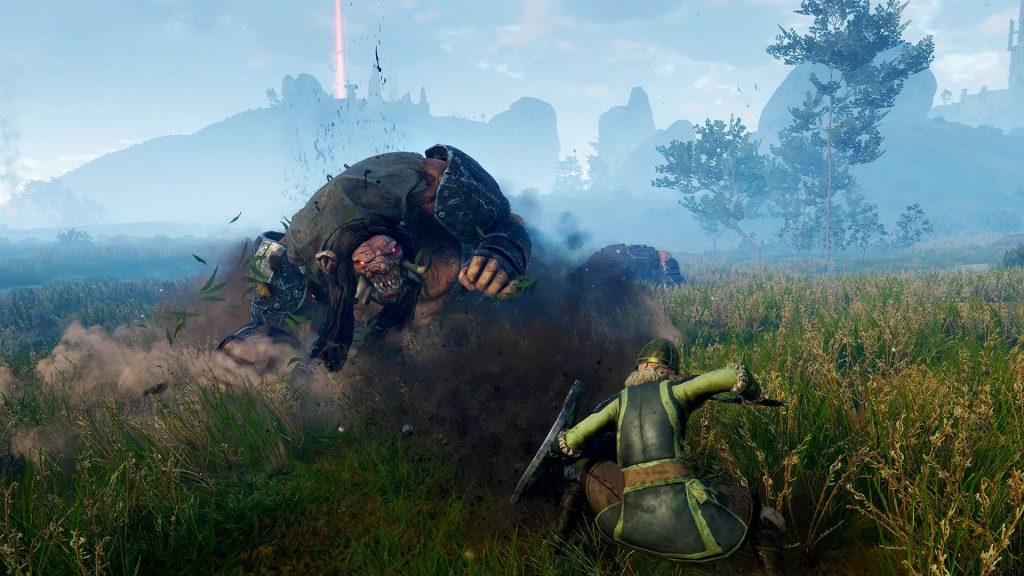 When you think of an open-world title from Avalanche Studios Group, Just Cause comes to mind. However, while it uses the Apex Engine, Systemic Reaction’s Ravenbound is a rogue-lite developed by a small team in Stockholm. In a new 16-minute alpha gameplay video (via IGN), creative director Emil Kraftling breaks down the different systems while lead designer Simon Laserna demonstrates them.

Ravenbound starts the player in a room with many doors. Only one is unlocked in the beginning and takes you to one of the five regions in the world. As you defeat that region’s boss, another door unlocks. Once three bosses have been defeated, the sixth door with the final boss, The Betrayer, opens. There’s also the seventh door – it unlocks when the game goes live and seemingly ties into the live experience.

Upon entering a region, players can fly around in raven form, going to different landmarks and fighting enemies. Each location has a difficulty rating, with one skull being the lowest and five the most dangerous. Clearing the location gives you cards like weapons, equipment or artifacts, and other items like healing potions. Combat consists of quick and heavy strikes, the latter capable of staggering foes, but you can also dodge, block and perfect block to stun surrounding foes.

There’s also a town which provides weapon and armor upgrades, and a potion shop for acquiring more health potions. Once you’ve obtained three keys in a region (with their locations easily discerned on the map), you head to the boss’s tomb. Unfortunately, in this playthrough, Laserna fell to the guardian before the boss.

Upon dying, the player returns to the starting room. You can spend any Legend earned during the run and choose a new Vessel. Each Vessel has unique traits – like one that only uses dual axes – but you can reroll the choices with Legend.

Ravenbound is coming to PC via Steam. A release date has yet to be confirmed, but a closed beta will be coming “soon.” To register, head here.