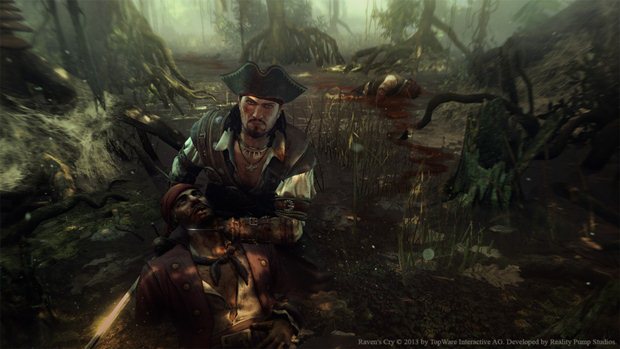 Pirate revenge adventure Raven’s Cry finally has a release date – it will be out on October 14th for PC, Xbox 360 and PS3. The TopWare Interactive-developed title, which will be published by Reality Pump, also has a new website out today which showcases more information about the game.

Raven’s Cry will follow Christopher Raven as he seeks to hunt down the pirates who killed his family and took his left hand. The game boasts of a 25 hour play length in an open world setting that has side quests and the odd skirmish or three. You’ll also be able to take advantage of an economic system to trade goods and also take control of pirate ships for naval combat.

You can find out more about Raven’s Cry from our exclusive interview with developer Topware. Are you planning to pick the game up this October? Let us know your thoughts in the comments below.