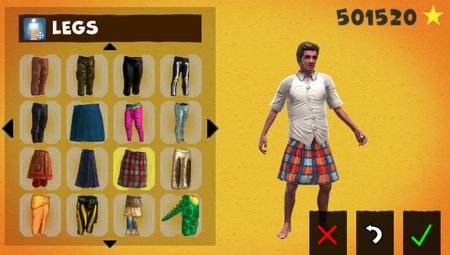 If you buy a PS Vita, you will receive some AR cards in the box. It’s pretty much unmissable. They’re can for this game called Reality Fighters. If you own a Nintendo 3DS, then you already know how this works. Vita’s Augmented Reality, at a first glance, doesn’t impress that much. Okay, two things – a) this game is not what you expect – and b) Vita’s camera’s for a device released in 2012 is disappointing.

When you boot up this game on your PS Vita, you have the option of scanning your face, for you-know-what. There are a wealth of customization features on offer. They’re pretty much mediocre, but they do allow you to create a character that you wish (almost). It’s really quite in-depth when you think about it. Once you scan your face, which is quite a painless procedure, and is also dependent on proper lighting conditions; you can use the resulting abomination as your fighter, or capture your friend’s face too. 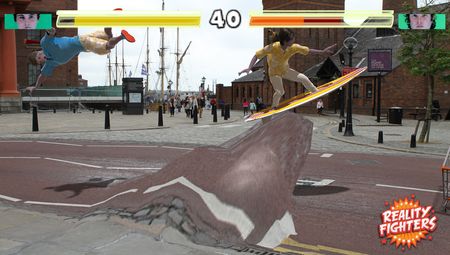 This entire ordeal and the in-game gameplay is purely a gimmick. In fact, the Augmented Reality demonstration that Sony showed during the PS Vita reveal at the PlayStation Meeting in 2011 was quite interesting. The bottleneck here seems to be the Vita’s cameras, which are quite low resolution, and I’m really bewildered at the fact that – while Sony designed a great hardware, they obviously included the cameras as an afterthought (both the front and back ones). Although, my cousin who was watching me play this game, found it extremely entertaining!

Even if seasoned gamers find this to be a big gimmick and pointless, I feel the casual ones will find this to be a very cool thing. You can capture any backdrop you desire with the rear camera and voila! You now have two characters fighting in that location. Or you can also use the preset AR cards to create a unique 3D space. The characters itself are 2D though, but are contained in a 3D background. You can pretty much use the touchscreen or the buttons to play. Everything is pretty random here. 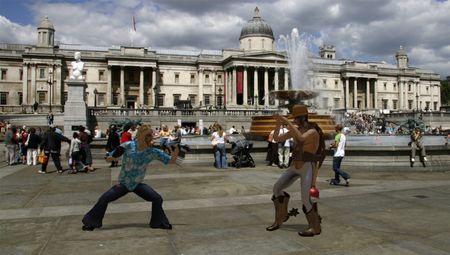 There is an undercooked story mode as well, which allows you to fight a number of characters, and it was pretty much unremarkable. The fighting itself is quite crazy with a lot of moves that is quite hard to pull off; not really Dragon Ball-esque, though. it’s something believable, but not entirely that effective.

You will grow out of this experience pretty fast if you have a developed brain, as the thrills of Augmented Reality, especially in Reality Fighters is pretty mediocre. Novarama which is a Sony owned studio, could have definitely done a lot better here. This is not an experience that will sell people on Vita’s capabilities, and the inclusion of low resolution cameras are pretty disappointing, whatever may be the reason for it.

Ability to use any backdrop. Good customization options.

The game is not a good showcase for the Augmented Reality feature. Vita's cameras are pretty underwhelming.

Final Verdict:
FAIR
You will grow out of this experience pretty fast if you have a developed brain, as the thrills of Augmented Reality, especially in Reality Fighters is pretty mediocre.
A copy of this game was provided by Developer/Publisher/Distributor/PR Agency for review purposes. Click here to know more about our Reviews Policy.