Rebel Wolves, a new indie AAA development studio formed by primarily by former CD Projekt RED developers, has formally unveiled itself. The studio has been founded by Konrad Tomaszkiewicz, who takes the role of CEO and game director on their first project. Tomaszkiewicz was the game director on The Witcher 3, and the head of production and secondary game director on Cyberpunk 2077.

In May of last year, it was reported that Tomaszkiewicz had left CD Projekt RED after accusations of bullying and mistreatment of staff. Interestingly, a press release announcing the new studio says that Rebel Wolves’ “core belief” will be to “unleash creativity within a cozy, companionable team where everyone can fulfill themselves in their role.”

The studio’s official website emphasizes the point similarly. “The team comes first, always,” it reads. “Happy people make great games – games players want and deserve. Yes, it’s as simple as that.” Fairness, teamwork, and openness are highlighted as the new team’s core values, while it mentions one of its primary goals is to “create a studio where developers can thrive, united by a common goal and a sense of camaraderie.”

Given the talent that’s currently at the studio, it should come as no surprise that their primary focus will be to develop RPGs. Rebel Wolves, in fact, want to “to revolutionize the RPG genre.” The studio’s website reads: “We love these games, we’ve been playing and making them for decades – and now we want to take them a step further. Our titles will be quality driven and innovative. We don’t want to create another game, we want to create the game. We’re experts in our respective fields, confident in our abilities, and wildly passionate about what we do.”

Rebel Wolves’ first game is going to be a AAA dark fantasy RPG that’s being built for PC and “next-gen consoles”, which in all likeliness means it will be releasing for PS5 and Xbox Series X/S only, on the console front. The game is being described as “the first title of a planned saga”, but other than the fact that it’s being built on Unreal Engine 5, not much else is known about it. As you’d expect, the studio is currently hiring across multiple position as it ramps up production on its debut project.

The aforementioned CEO and director Tomaszkiewicz said in a press release, “For all of us here at Rebel Wolves, video games were always something we felt destined to do—something ingrained in our DNA. Personally, I couldn’t be happier to have banded together with friends who share this passion. We’re developing a video game we’d like to play in a way that games should be made. We want to evolve the cRPG genre by creating unforgettable stories and stirring deep emotions, all while working as a tightly knit team united by a shared goal and ambition. Collectively, we envision Rebel Wolves as a place where experienced game developers can reignite their passion, where they can focus on their craft and pour their love into an amazing, ambitious title. We want to stay small and agile—a place where people know and care for each other.”

A single piece of teaser key art has also been revealed, which might give an idea of what to expect from their first game, at least as far as its aesthetic and tone are concerned. Check it out below. 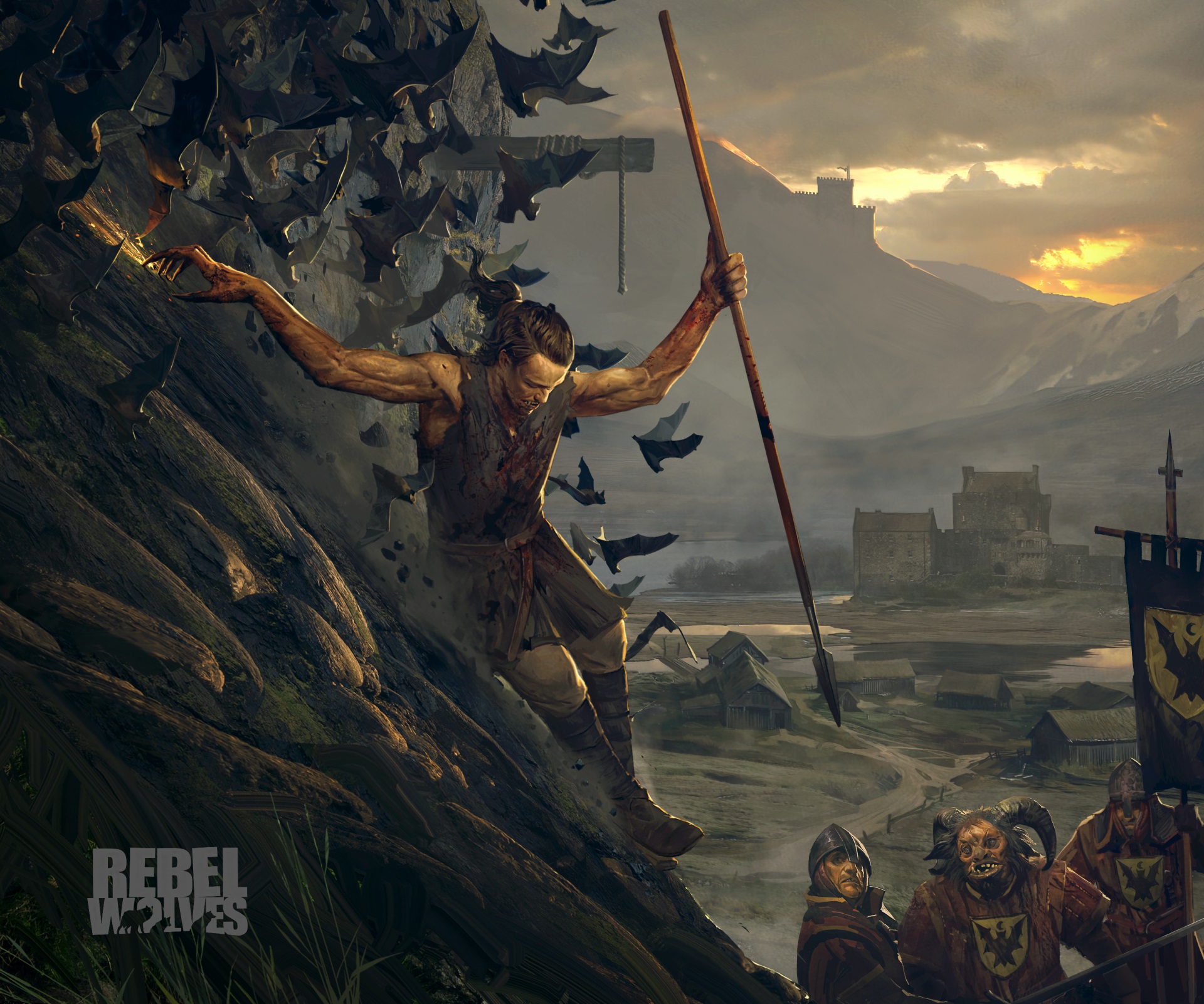