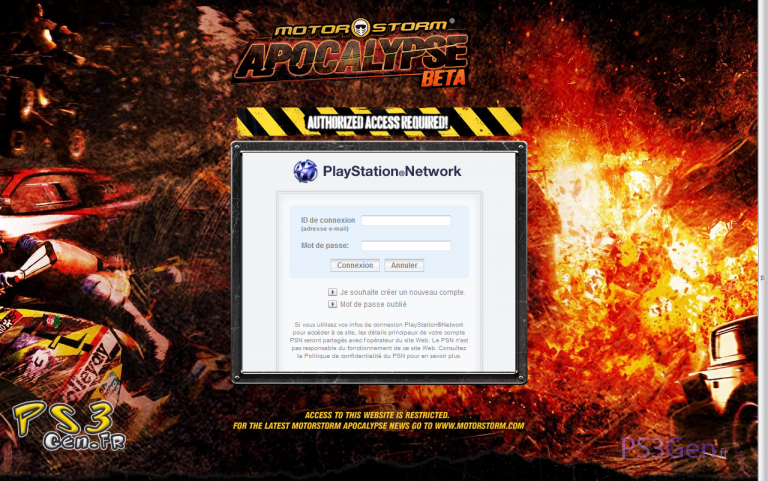 According to GamingBolt’s  sources, Motorstorm Apocalypse will soon get its own Beta version, just like the ongoing beta of Killzone 3.

The beta will be conducted so that the community can report glitches and bugs to help iron them out for the final build.

This will be a closed Beta initially, however later on it will be opened up to a selected few ( PS Plus or otherwise ) members and a Public Beta will be in place.

GB has an exclusive image which shows a specific website for beta testers for the game, if you recall, Killzone 3 had a similar website for testers back in August this year.

However, a few months down the line, it was made open to the Public. We assume that by year end, it will be the same case for Motorstorm: Apocalypse and gamers can join in this Beta by means briefed by Sony.

The Public Beta is supposed to kick off by the end of this year, our sources tell us.

Motorstorm: Apocalypse is due for release in February 2011 for the PS3.

Good news for fans of the series, a BETA is a great way of knowing a game better.