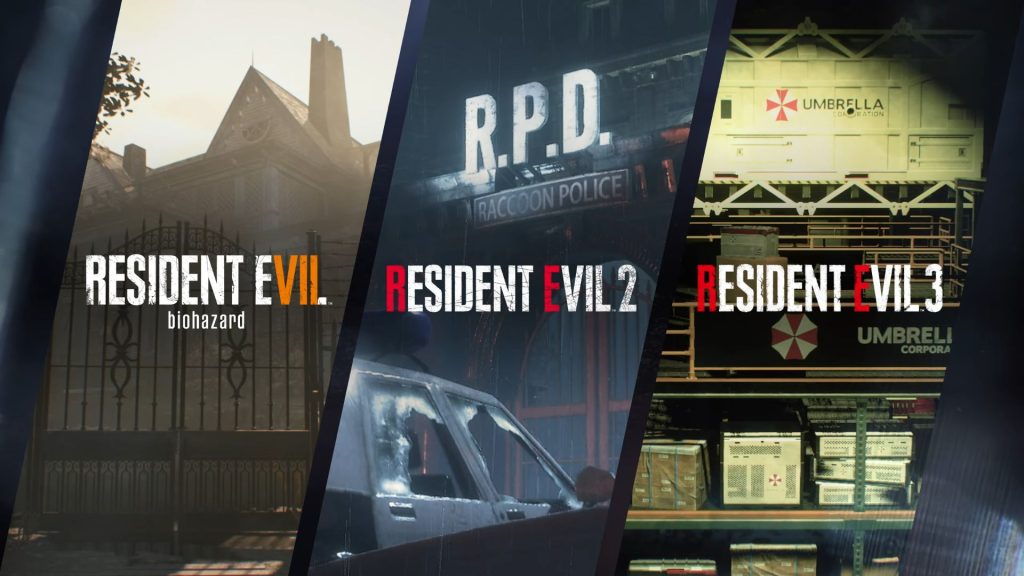 Each title comes with its share of additional content. Resident Evil 2 Cloud includes the main game and an Extra DLC Pack containing two costumes for Leon, three costumes for Claire, and the Samurai Edge – Albert Model as a deluxe weapon. There’s also the Leon (’98) and Claire (’98) Costumes, mimicking their looks in the original game; Chris and Jill Models for the Samurai Edge; and an option to swap to the original’s soundtrack.

Resident Evil 3 Cloud is more straightforward. It includes the base game and the Classic Costume Pack with Jill (Classic) and Carlos (Classic Hair). Resident Evil Resistance isn’t included. Finally, Resident Evil 7: biohazard Cloud has the main game, the DLC Pack with Banner Footage Vol. 1 and 2, End of Zoe, Not a Hero, Madhouse Difficulty, and a 5-coin Set.

Head here to pre-order all three titles, along with Resident Evil Village Cloud, which releases on October 28th for the Switch.