"Game pacing is important and we worked on striking a balance," says producer Peter Fabiano. 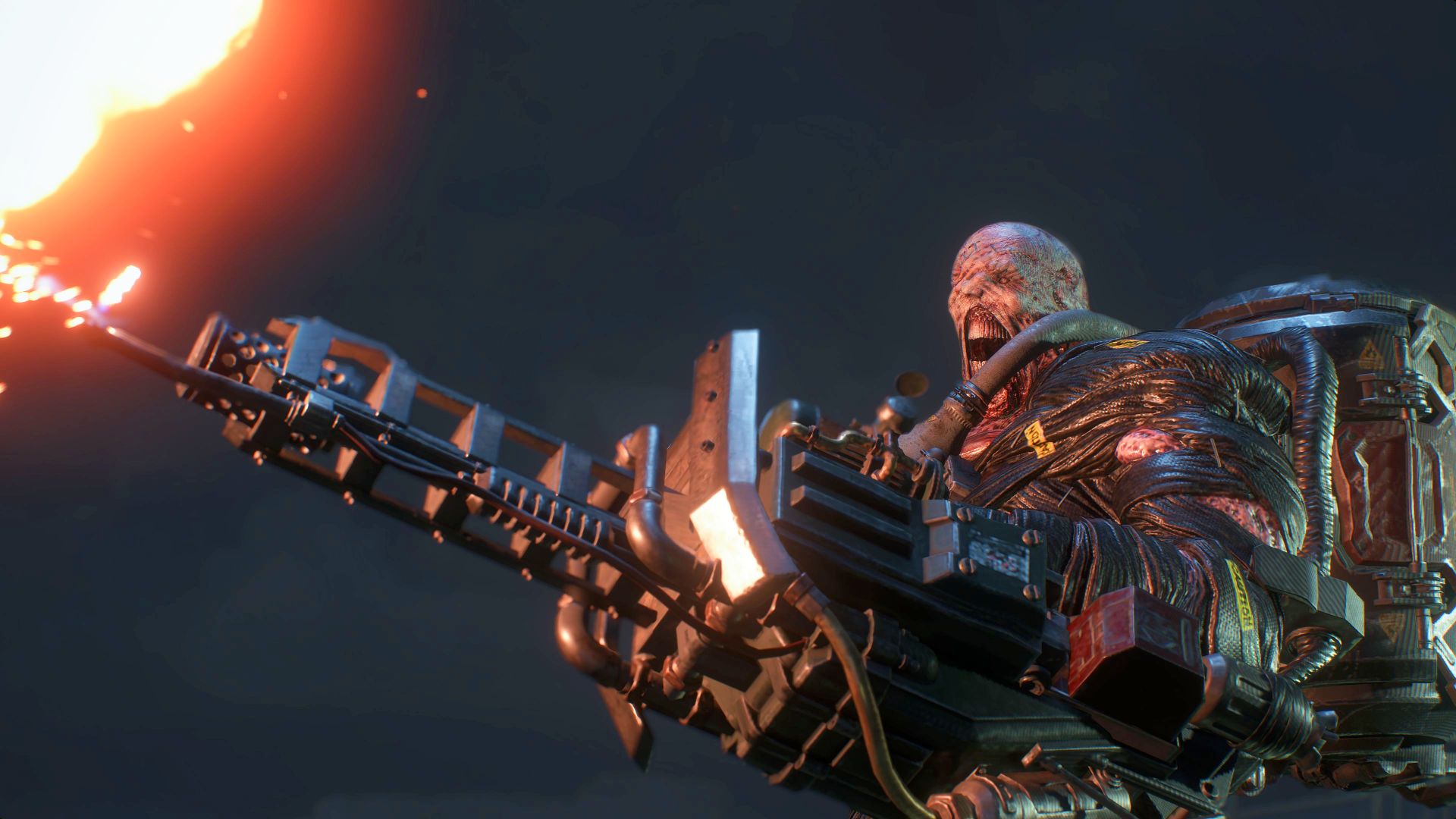 Nemesis is going to be grabbing all the headlines when Resident Evil 3 launches in less than a couple weeks from now, giving players the chance to scramble all over the burning remains of Raccoon City once again while the terrifying bioweapon gives chase. Time and again in recent weeks, Capcom have talked about how relentless and formidable Nemesis is going to be in the upcoming remake, far surpassing what last year’s Resident Evil 2 did with Mr. X– but don’t expect him to be literally relentless.

Speaking with GamingBolt in an interview, Resident Evil 3 producer Peter Fabiano said briefly talked about Nemesis when asked about how Capcom have changed him up for the remake. Fabiano spoke first of his updated visual design, and how the developers wanted it to fit in the game’s new tone, before also saying that from a gameplay perspective, Nemesis is very agile.

“First off, in terms of visual design, the art director Yonghee Cho wanted to make him feel like he fit in the reimagined and photorealistic Raccoon City and felt like a prototype model,” Fabiano told us. “Gameplay-wise, we wanted Nemesis to give players the feeling that they were constantly being pursued by a relentless bioweapon. He’s very agile in his movements.”

However, the developers were also mindful of the fact that an enemy who literally never lets up would not only get exhausting, but might also mess with the game’s balance. As such, they attempted to strike a balance between Nemesis’ relentless attacks and giving players some breathing room every now and then.

“Game pacing is important and we worked on striking a balance between having players feel anxious and also giving them periods of respite,” said Fabiano. “Nemesis is a formidable foe but not something that is completely insurmountable for someone as skilled as Jill.”

Resident Evil 3 is out for the PS4, Xbox One, and PC on April 3. In this same interview, Fabiano also talked to us about how much of an overlap across the development of Resident Evil 2 and 3, and how the latter customizes the RE Engine even further to deliver even more impressive visuals. Read more on that through here. Meanwhile, the full interview will be going live soon, so stay tuned for that.