Except Resident Evil 6, of course.

Capcom has announced that they’ll be collecting all of the major Resident Evil titles from the past few years in the Resident Evil Anniversary Package, which will go on sale for PS3 in Japan on March 22nd. 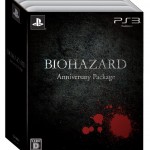 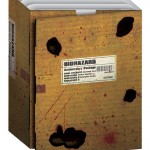 Now before you chime in and ask, these are only the main storyline games. The discs include Resident Evil: Revival Selection, which bundles HD remakes of Resident Evil 4 and Code Veronica together (and was released only in Japan), Resident Evil 5, and Resident Evil 6.

So don’t worry. There’s no Dead Aim or Gaiden – though we are curious about the exclusion of Resident Evil Zero – and aside from the abysmal RE6, this is plenty of game for your buck.

As of now, it’s only being released in Japan but let’s see if Capcom deems the time right to release it in Western territories.