Resident Evil and Monster Hunter are, without a doubt, Capcom’s two biggest franchises right now, and both have enjoyed massive critical and commercial success in recent years. Recently, Capcom posted record Q3 revenues for the current fiscal years owing to strong sales for both, while also confirming the continued sales of recent releases from the two franchises. Now, they’ve also updated cumulative sales figures for both series.

The company has confirmed in its recent quarterly fiscal report that the Resident Evil franchise has sold a total of 107 million units to date, up from 100 million units just 9 months ago. Meanwhile, Monster Hunter’s cumulative sales currently stand at 66 million.

There’s little doubt that sales figures for both will continue to go up consistently in the near future. Not only will legacy releases continue to sell the way they have been doing consistently, they both also have major releases coming up imminently.

Resident Evil Village launches in May, and allegedly, Capcom expects that to sell better than any other recent release in the series. Meanwhile, Monster Hunter Rise is out this March, which is another game that Capcom has high expectations from. 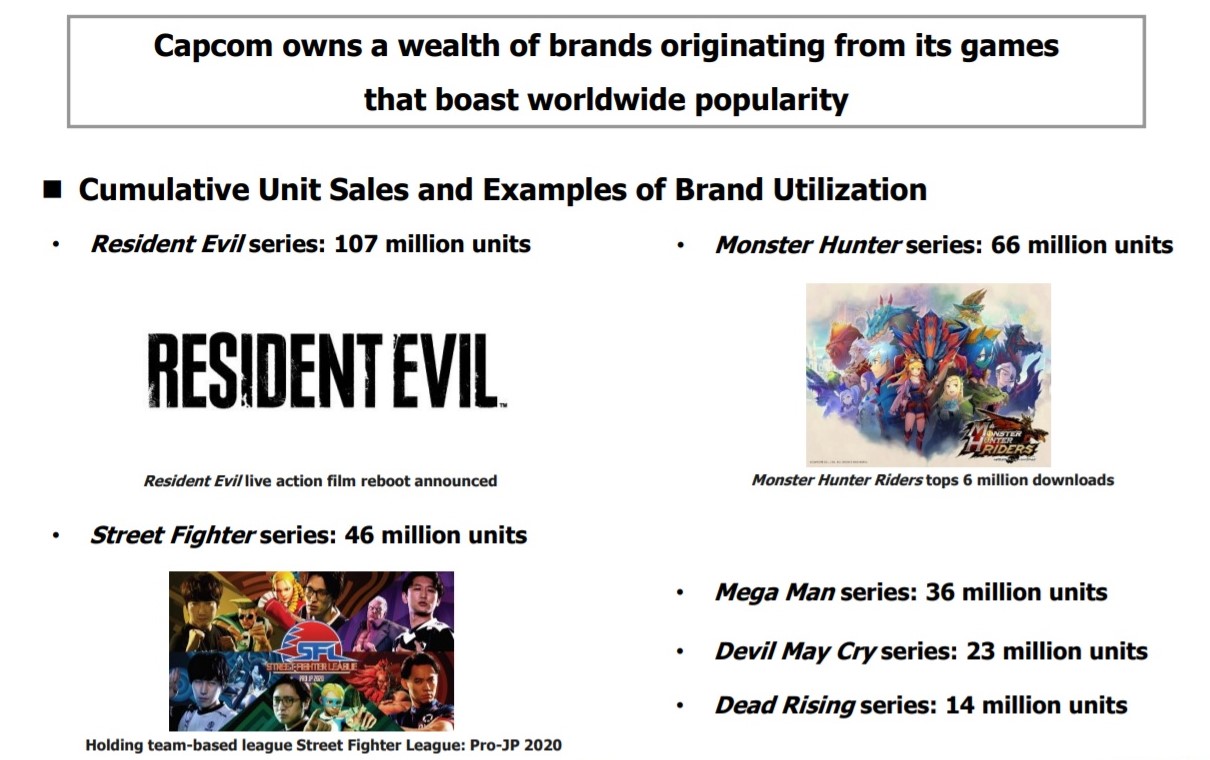