Hopoo Games outlines its roadmap for the rogue-lite shooter. 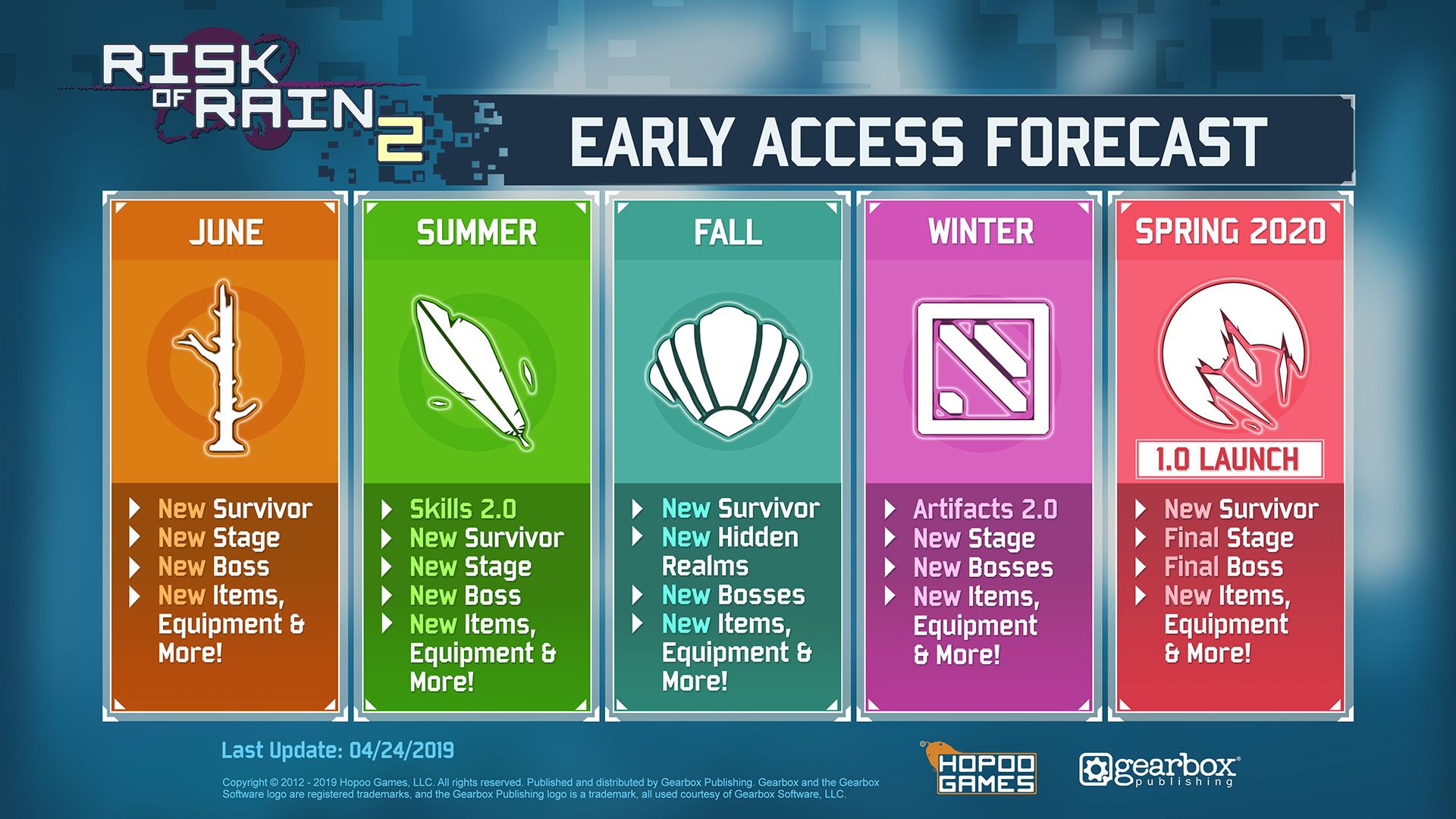 Hopoo Games’ Risk of Rain 2 has been out for a month on Steam Early Access, but is already a phenomenal game. It’s seen a few small updates since release, but in June, the development team will start building upon the game. A recent development thoughts post outlined what can be expected.

Artifacts 2.0 will arrive in Winter along with a new stage, bosses, items, and equipment. The game is targeting a full release in Spring 2020, which is when we’ll get a new Survivor, the final stage, and boss, and new items and equipment. All in all, players can expect four new Survivors, four new stages, multiple new bosses, and new systems in the next year. Check out the full post for other things that the team is working on, including issues like players not being able to ready up during multiplayer and private games.

Risk of Rain 2 is currently available for PC. Head here to find out why it’s doing the looter shooter power fantasy right despite so much competition.