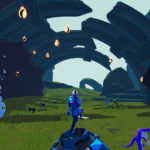 "We are ready to move on to new challenges and welcome the exciting and fresh ideas Gearbox will bring to Risk of Rain," said Hopoo Games.

Risk of Rain Returns Announced for Nintendo Switch and PC

Launching in 2023, it's a remake of Risk of Rain 1 with improved visuals, new survivors and monsters, items, a new mode, and more.

Risk of Rain 2: Survivors of the Void is Now Available on PC

Risk of Rain 2: Survivors of the Void – New Gameplay Showcases Void Fiend in The Simulacrum

Check out how one of the new Survivors fares in the upcoming endless arena mode. The paid DLC launches on March 1st for PC.

Harness the Void to dish out explosive shots and beam attacks while also teleporting across the battlefield in the upcoming expansion.

Risk of Rain 2: Survivors of the Void Expansion Out on March 1st for PC, Railgunner Survivor Revealed

The Railgunner can utilize a first-person scope, knock away foes with Concussion Devices and unleash a huge beam of death with Supercharger. 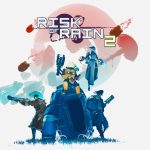 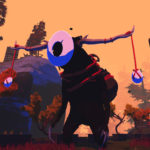 In-game songs should sound more like their OST versions.

PS4, Xbox One and Switch players can finally experience the complete release. 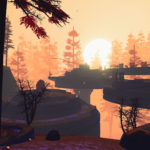 The roguelike already has quite the following.

A new Survivor, new stage and the final boss will be included in the Launch Update.