Role in the Hole Review 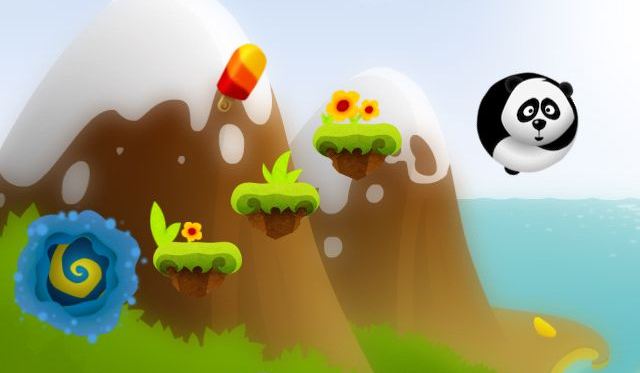 Role in the Hole HD is a pretty fun game. That’s what you expect because it’s sort of like Angry Birds but more awesome. It will remind you of that definitely, but the core gameplay is completely different. The basic premise is simple. You need guide a cute and helpless Panda bear and take back all the popsicles that is strewn in the world. Just like Angry Birds the controls are simple. You need to guide the Panda over a series of ledges by tapping your finger in the iPad screen (review version). Too much force and the Panda will fall away; too less and it will slow to a crawl.

The objective is to get to a warp zone so that you can get access to a new level with more clever puzzles. The difficulty gets harder as you keep clearing the levels, as you would expect. There are a huge amount of levels in the game, almost totaling to 70 + which is truly incredible. The game will keep you busy for a while, just like Angry Birds and has the potential to go viral and sell a lot of copies. The graphics are pretty simple, it looks pleasing to the eye and the popsicles are cleverly scattered across a level. It gets really tough to collect them all, as I was getting 2 out of 3 in each level. 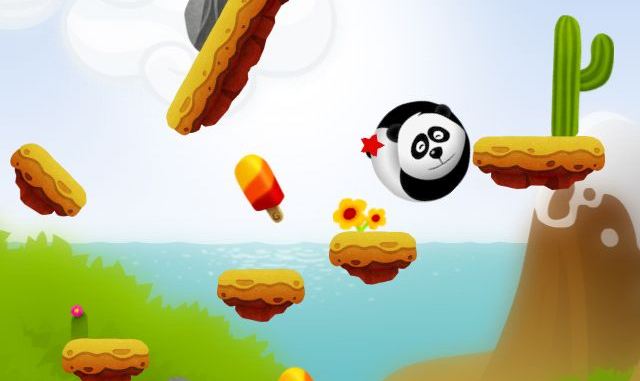 It’s a great game and the touch controls are nicely done, so it never becomes annoying to guide the Panda to his destination. This is how pick up and play games should be made, something that’s a lot of fun, and cheap as well. It is available for $2.99 in the App Store. The premise is so simple, yet executed so brilliantly that it is a lot of fun to play like most other Chillingo games. If you have an iPad or an iPhone, this game is a must buy, especially the iPad version. It will take a while to clear all the 70 levels, if you are going for all the 3 popsicles in each level, which makes it a good value for money.  However, you can clear the game in 1 hour as well, if you want to rush through it. The game is a blast either way.

The only downside I can find is that most of the levels kind of look similar, which isn’t a bad thing of course, since you are getting all this for very cheap, but a lot of variety and creativity in the level design would have been appreciated. If you are looking at a fun game to play during those boring days, which are fun, cheap, and don’t require a lot of effort, Role in the Hole is the game to buy. It can become very popular like Angry Birds since both the games offer the gamer the same thing; lots of fun. What are you waiting for? Go get this game immediately.

It's a lot of fun. The game is cheap and has a lot of content. Controls are great.

Final Verdict:
GOOD
Great game which is fun, cheap and has a lot of content. It's exciting and a great addition to iOS.
A copy of this game was provided by Developer/Publisher/Distributor/PR Agency for review purposes. Click here to know more about our Reviews Policy.