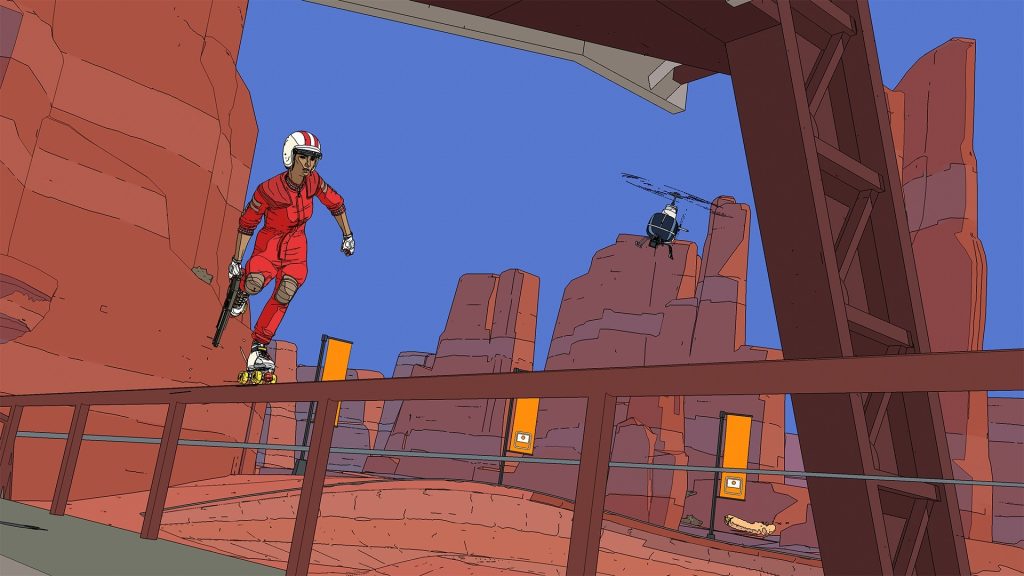 Roll7’s Rollerdrome has caught the eye every time we’ve seen more of it, and ahead of its imminent launch in a few days’ time, the developer and published Private Division have been revealing more details on the third person rollerskating shooter. To that end, they’ve now released a new behind-the-scenes developer diary, this one focusing on Rollerdrome’s art style, its characters, and more.

In the video, lead artist Antoine Dekerle and character artist Rachel Cox speak about Rollerdrome’s very distinct art style and the inspirations that the developers looked at during the game’s development, while also touching upon the characters and their designs, with a focus on protagonist Kara Hassan in particular. Of course, the video also contains plenty of gameplay footage offering glimpses of the game’s fast-paced and slick action. Check it out below.

Rollerdrome launches on August 16 for PS5, PS4, and PC. It will cost $19.79 on Steam and for PlayStation Plus members for two weeks upon launch. Everyone else on PS4 and PS5 can pick it up for $29.99.