Roll7's upcoming title fuses skating with third-person shooting, slow-mo and other stylish moves. It's out on August 16th for PS4, PS5, and PC. 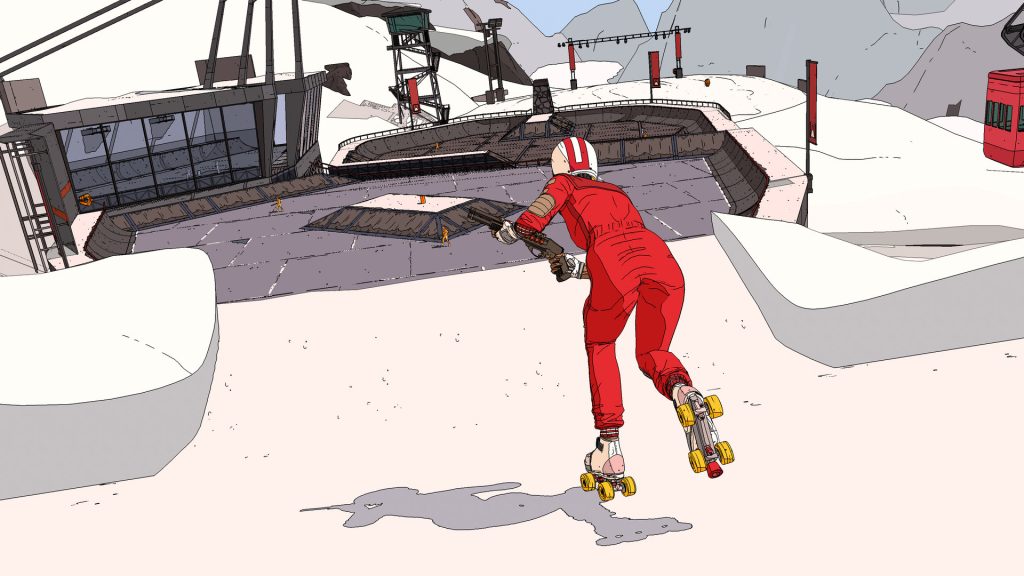 Of the many titles out in August, Roll7’s Rollerdrome is arguably the most unorthodox. It’s a third-person shooter that also happens to be a skating sim. As players skate around arenas, they must also fight off waves of cronies using nothing but their aim, reflexes and style.

A new gameplay walkthrough is available from PlayStation Underground where lead game designer Andreas Yiannikaris talks in-depth about the mechanics. While taking down foes refills one’s health, successfully performing tricks will refill ammo. When confronted with shield-wielding enemies, swapping to the grenade launcher is necessary though there are also environmental explosives to detonate as well.

Rollerdrome releases on August 16th for PS4, PS5 and PC. It will be available at a special launch price of $19.79 for Steam and PlayStation Plus members for two weeks. PlayStation Plus Premium subscribers can also check out its game trial when it releases. For more details on its use of the PS5’s 3D Audio and DualSense functionality, head here.