The stylish third-person shooter/skating title will cost $19.79 on Steam and for PlayStation Plus members when it launches on August 16th. 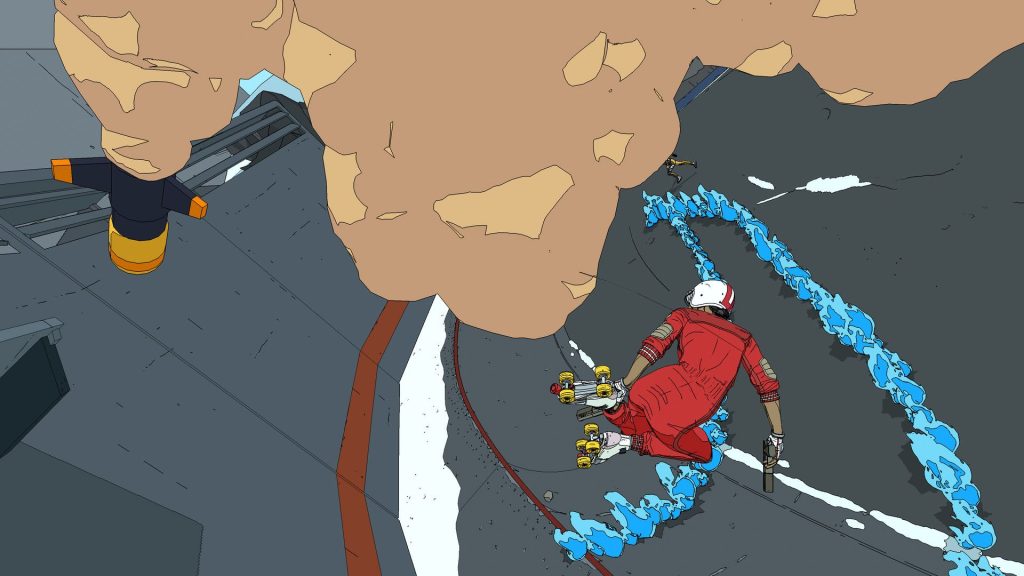 In terms of level design, it was about not having any dead ends or corners that the player could get stuck on. There’s always something to go up or jump up that will bring you back to combat. All in all, Roll7 wants to give free rein to players to see the kind of creativity and flair they can come up with.

Rollerdrome is out on August 16th for PS4, PS5 and PC. At launch, it will retail at $19.79 on Steam and for PlayStation Plus members for two weeks. Everyone else on PS4 and PS5 can pick it up for $29.99. There will also be a game trial for PlayStation Plus Premium members to play at release.

Get your skates on – Rollerdrome will be available for an introductory price of $19.79 for two weeks from August 16th.