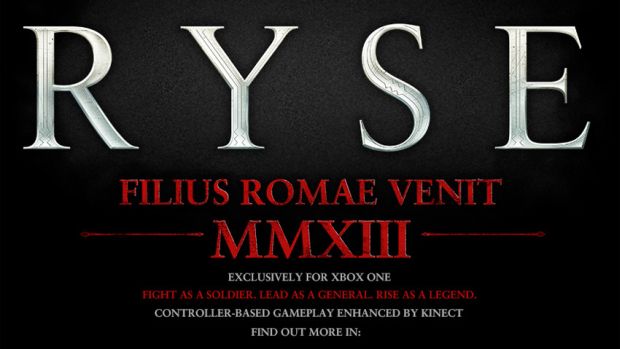 Crytek has launched a new countdown site for its upcoming exclusive Ryse, and confirms that it will be releasing for the Xbox One. The timer counts down to E3 2013, where apparently more details will be revealed about the game.

Ryse was initially revealed at E3 2011 as Codename Kingdoms. The game is a first person hack and slash title where players take on the role of a Roman warrior. The teaser site seems to indicate a bit more being possible however.

It was assumed that Ryse would be releasing on the Xbox 360, using Kinect. Given the substantial upgrade Kinect has received with the Xbox One, we feel a little more comfortable in seeing how the gameplay will turn out. Given how you can’t use the console without Kinect, we might as well get a decent experience out of it.

Stay tuned for more details as Microsoft reveals its line-up for E3 in the coming weeks.