The exploration title, which is also coming to Xbox Game Pass received some new gameplay that highlights soothing atmosphere. 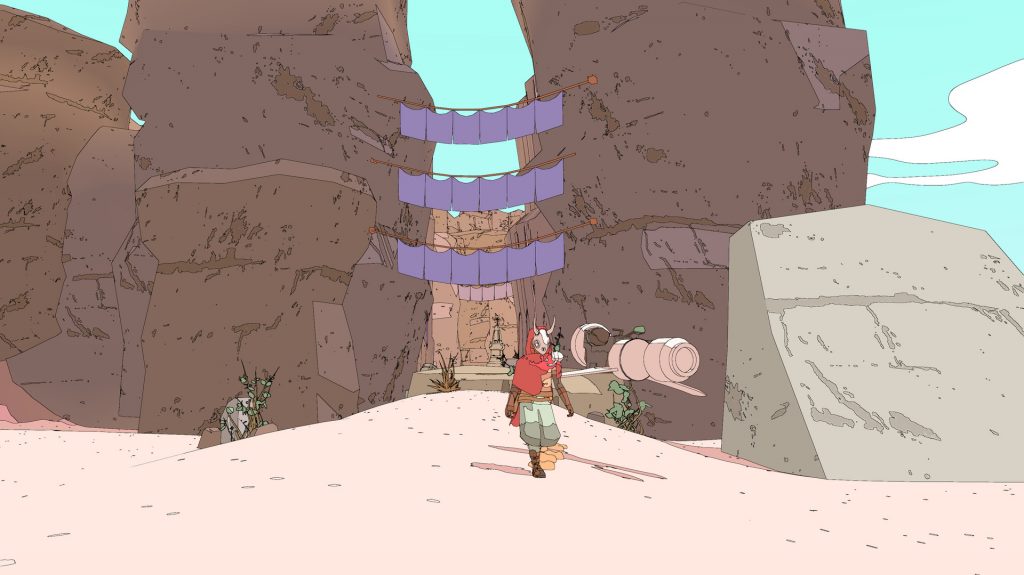 Shedworks’ gorgeous exploration title Sable had a chance to shine at the Summer Game Fest Kickoff Live with Japanese Breakfast debuting “Better The Mask” as its main theme. In the midst of this – and a new trailer from the Guerrilla Collective – publisher Raw Fury confirmed a release date. Sable will be out on September 23rd.

The story focuses on Sable, the titular protagonist who must complete a rite of passage called the Gilding. This involves finding a mask, without which she can’t return to her clan. Exploring the landscape and encountering all kinds of odd sights, from spaceship remains to deserts, Sable’s journey is one of discovery and exploration. Customizing her clothing and hoverbike will also be key in finding the mask.

Inspired by the works of Studio Ghibli and Jean Giraud, Sable also has writer Meg Jayanth (80 Days, Horizon Zero Dawn) involved. It will be coming to Xbox Series X/S and PC along with launching day one on Xbox Game Pass. Stay tuned for more details on it in the coming months.