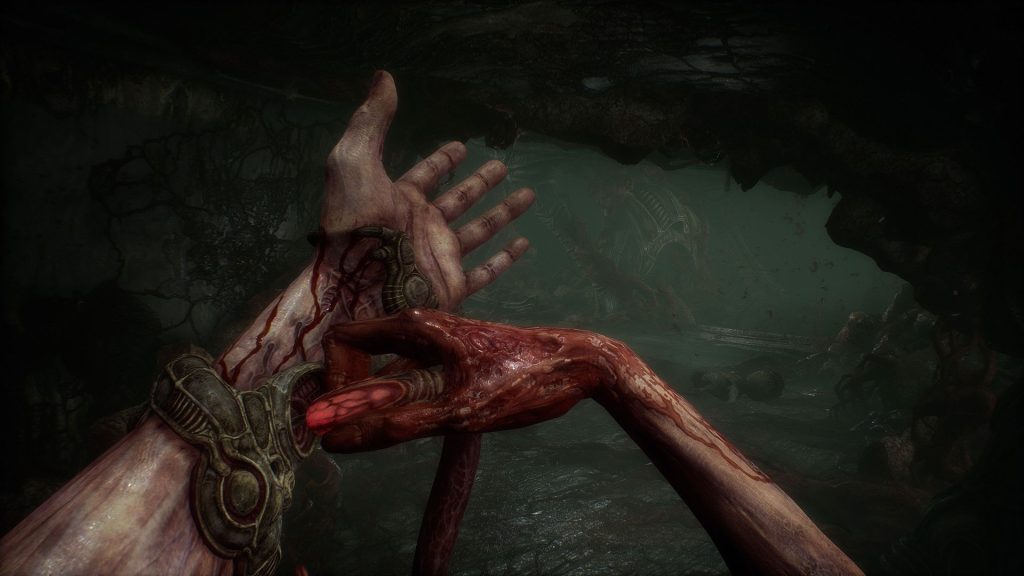 We’ve been hearing about Ebb Software’s H.R. Giger-inspired first person horror shooter Scorn for nearly a decade at this point, but at long last, the game is finally coming soon. It re-emerged a couple of years ago at an Xbox showcase, and did so once again at the recent Xbox and Bethesda Games Showcase, showing new gameplay and confirming a release date.

For starters, it’s continuing to look all kinds of horrific and delightfully disgusting. Scorn is very much focused on making its players uncomfortable with its unsettling enemies, environments, and aesthetic, and that’s all ion full display in this trailer. Visually, too, it’s looking quite impressive. Check it all out below.

Another new gameplay trailer for the game was also shown off at the PC Gaming Show, detailing its setting, enemies, encounters, and more. You can check that out below as well.

Meanwhile, true to the developer’s promises and the recent leak, Scorn is launching on October 21 for Xbox Series X/S and PC. It will be available with Game Pass at launch on both Xbox and PC. Stay tuned for more updates.