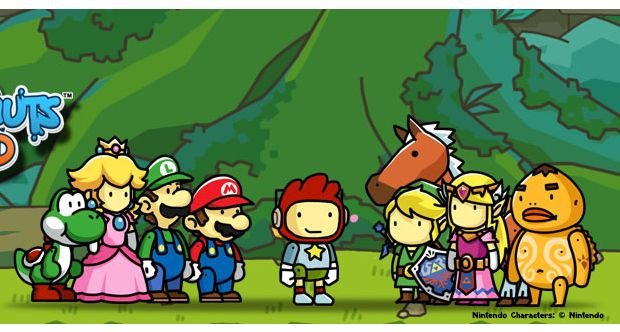 Scribblenauts Unlimited just got a lot more awesome. The puzzler relies on coming up with words to manifest objects from a wide database in order to solve puzzles. Warner Bros and 5th Cell have announced that the Wii U edition of the sequel will feature famous characters from Nintendo franchises Mario and Zelda. How famous you ask? Look at the picture above and decide for yourself.

Not only will you be able to summon characters like Link and Mario, who will behave much like their video game versions, but you can also manifest objects from the game series. Even more interesting is the interaction that said characters and objects can have with each other, which should lead to hilarious results. 5th Cell has announced that we’ll see dozens of both in the upcoming Wii U edition.

Scribblenauts Unlimited is currently slated for release on November 18th 2013 for Wii U, 3DS and PC.