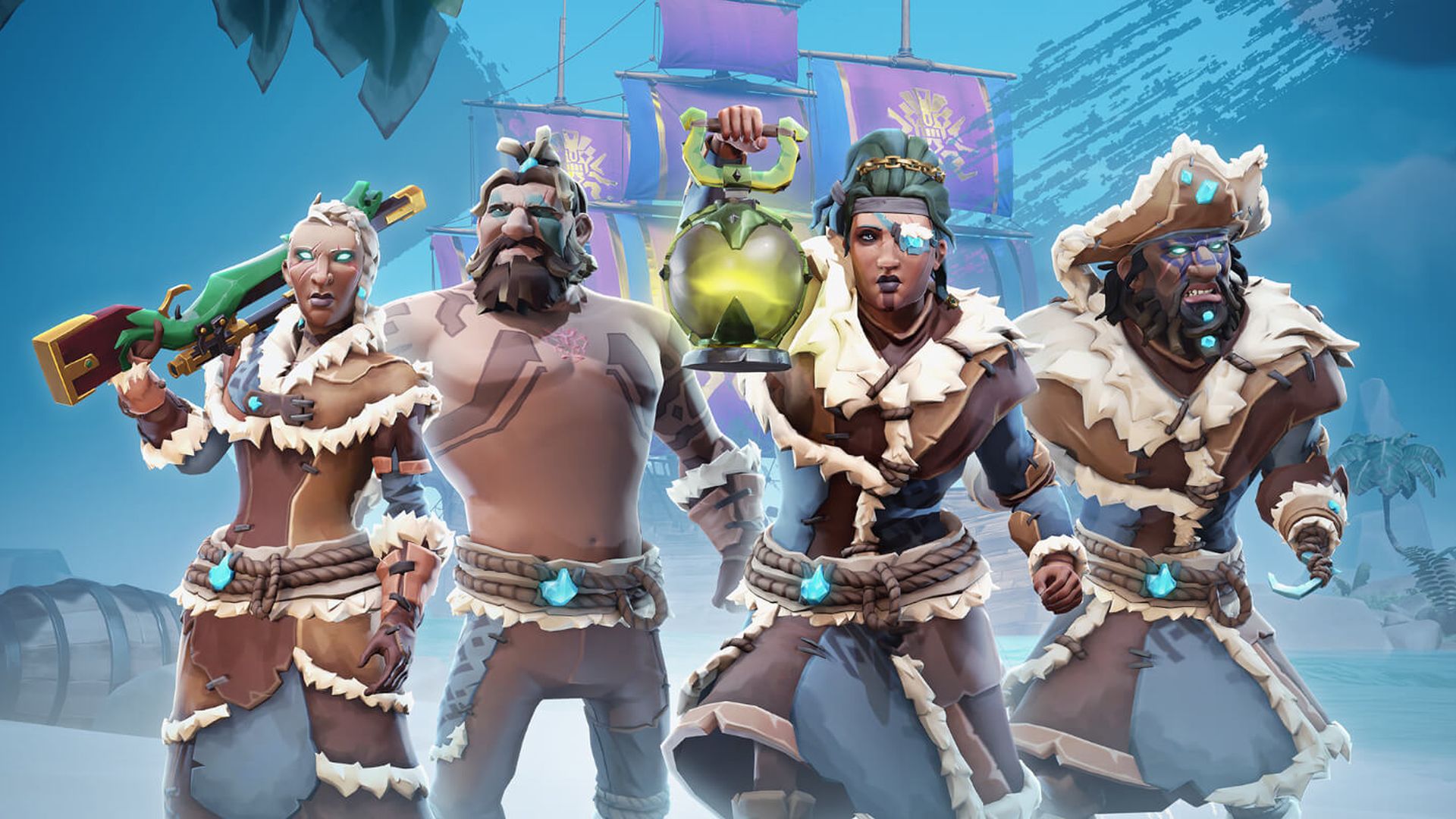 Sea of Thieves’ first season is officially live as Rare’s multiplayer pirate adventure shifts towards a seasonal model. A new battle pass-style progression system has been implemented called the Plunder Pass which has 100 levels of rewards for all players to unlock. Check out the trailer below to see them in action.

For those seeking slightly more, they can purchase the paid track of the Plunder Pass to earn 11 premium items from the Pirate Emporium. The new Dark Warsmith weapons and Silver Skull Sails, the latter being exclusive to the pass until Season One ends. In terms of content, players can expect a new Merchant Alliance Voyage which involves locating some missing trade ships.

New events are also live, starting with battles against skeletons and ghost ships for Soul Fragments to net Order of Souls weapons. The Pirate Emporium also has the new Lunar Festival Set and weapon pose emotes along with a Lunar Festival Ship Set. More events are coming over the course of the season so stay tuned for more details in the coming weeks.