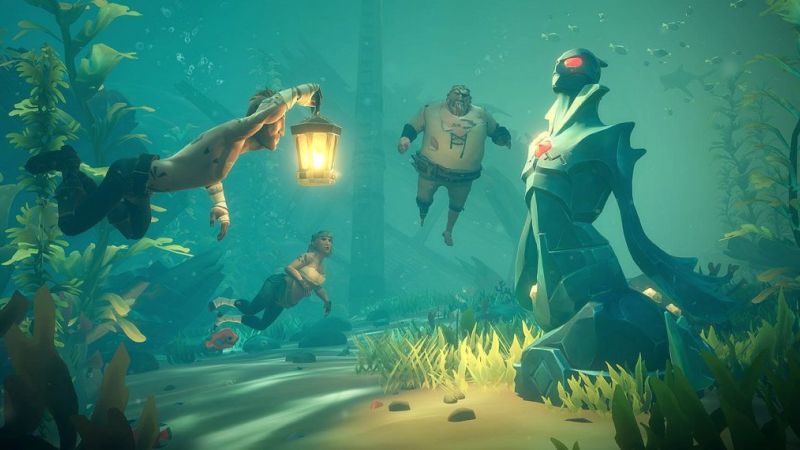 Rare has a new event ready for Sea of Thieves players in The Sunken Curse. The event went live on July 11th and sees players deep sea diving to find artifacts, treasure and more. The artifacts themselves are essentially cursed mermaid statues which must be destroyed. Some may also regenerate health and thus require a bit more violence than normal.

The Sunken Curse will be available until July 25th. In that time, players can obtain The Wailing Barnacle Cosmetics which include a hat, dress and jacket from the Bilge Rat shop. Purchasable with Bilge Rat Doubloons only, you have until the duration of the event to earn them.

Earning Bilge Rat Doubloons involves finishing standard Commendations (100 Doubloons) and Legendary Commendations (which grant an additional 50 Doubloons). All of the event’s Commendations are tracked on the Bilge Rat progress screen. Three unique titles have also been introduced and can be equipped from the Vanity Chest directly. A new Bilge Rat flag is also available for all players to raise on their ships.

For more information on the new event and update 1.1.6, check the complete patch notes below (provided by Rare).

This seems to be part of Rare’s plans to keep Sea of Thieves players constantly engaged with the game. The developed has promised constant updates and content releases- a number of new content updated, for instance, are primed for launch later this year. Just don’t hold your breath for a battle royale mode.

Multiple server and client crash fixes. Further improvements and optimizations for all platforms are ongoing.