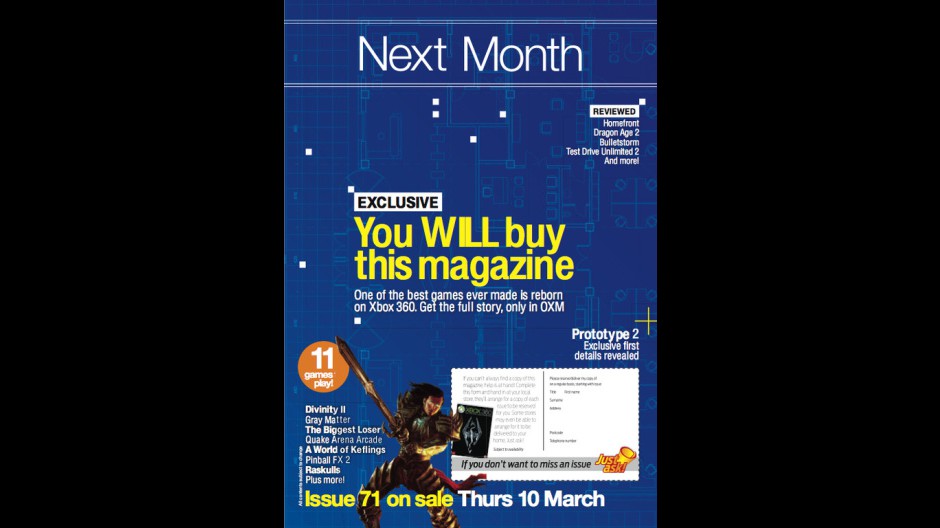 OXM UK boasts of a secret Xbox reboot reveal coming in next month’s issue which will be released on September 30, revealed exclusively by them. They’re describing the game as “One of the best games ever made reborn on Xbox 360.”

OXM UK editor Jon Hicks told CVG: “I’ve been discussing it with the publisher ever since the reveal was pushed back, and I’m delighted that it’s finally ready to be seen.

“Unfortunately we aren’t doing the official reveal any more, as our on-sale dates don’t match up, but we will have exclusive access to the game and the studio making it.”

What do you think it is? Knights of the Old Republic? Halo 2? Or some non-Xbox related game? Tell us what you think the game is in your comments below.