Sekiro: Shadows Die Twice – Game of the Year Edition Out on October 29th for PS4 in Japan

It includes the base game in a sleek package with a guidebook. 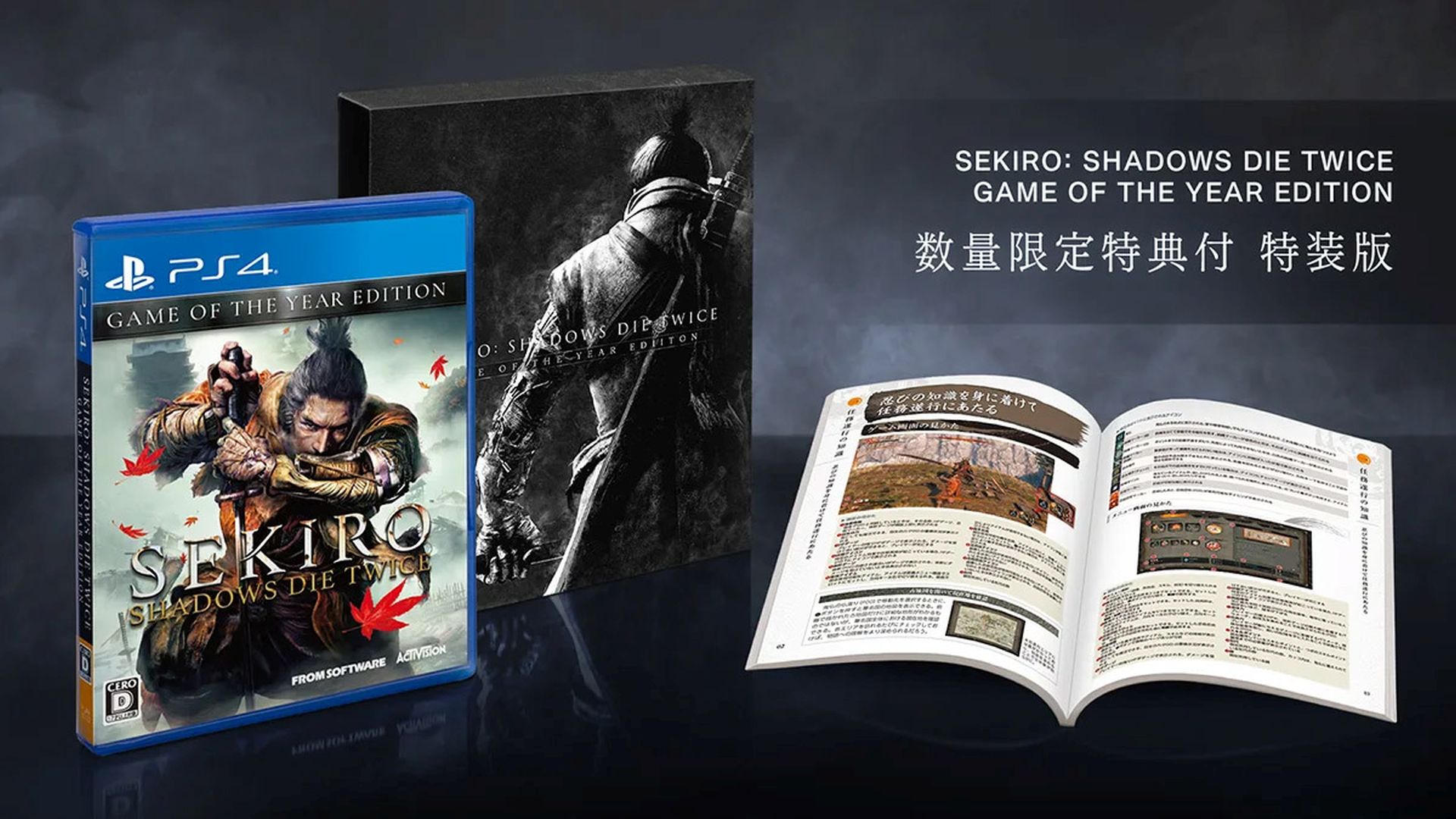 Fresh off of revealing a new update for Sekiro: Shadows Die Twice, FromSoftware has announced a Game of the Year Edition for release in Japan. It will be available for PS4 in October 29th for 4,800 Yen. The Additional Features Update, which launches the same day, will be included on the disc.

Otherwise, one can expect snazzy packaging and a guidebook with the latter providing tips on getting through the starting portions of the game. Details on the various combat techniques are also provided. FromSoftware is the game’s publisher in Japan so we’ll see if Activision brings this edition to the West in the coming months.

Sekiro: Shadows Die Twice is currently available for Xbox One, PS4 and PC with a Google Stadia launch coming this Fall. It’s sold over five million units since launching in March 2019. The upcoming Additional Features Update offers the ability to rematch against previously defeated bosses, partake in consecutive boss fights, record Remnants for players and more.