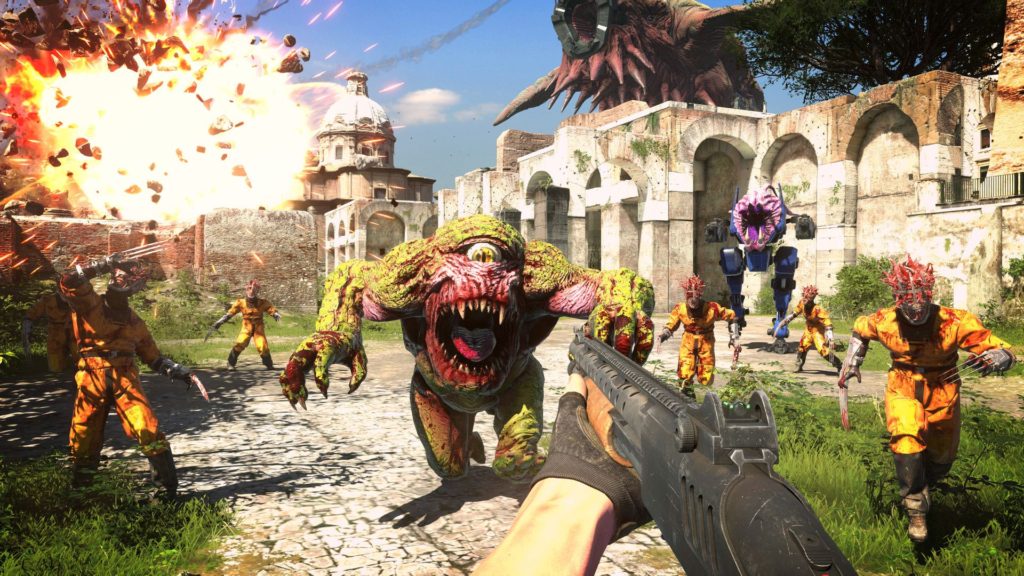 Croteam and Devolver Digital brought back the cult classic first person shooter franchise Serious Sam over a year ago when Serious Sam 4 launched for PC and Stadia in September 2020, and it seems like the game might soon be headed to consoles as well.

As spotted by Gematsu, Serious Sam 4 was recently rated for the PS5 by the German USK. There are a few interesting things to note here. For starters, while the game has had a version announced for PS4 and Xbox One for a while, that got delayed into 2021 due to its timed Stadia exclusivity, and with 2021 almost done, publisher Devolver Digital (who also acquired developer Croteam in October 2020) might be getting ready to bring the game to consoles at last. Of course, PS5 and Xbox Series X/S versions were not announced, so this rating might suggest that a cross-gen launch could be planned.

Of course, nothing has been officially announced yet, so at this point, all we can do is speculate. Here’s hoping there’s some clarity on this front from Devolver in the near future.

In our review of Serious Sam 4, we awarded it a score of 7/10, saying, “Serious Sam 4 is no masterpiece but its combination of blockbuster movie action with non-stop shooting action is still pretty fun. Even if the story is generally forgettable or the mission design feels one-note, Croteam has managed a seriously impressive revival for its cult classic shooter.” You can read our full review through here.