Croteam also has a second, unannounced game in the works. 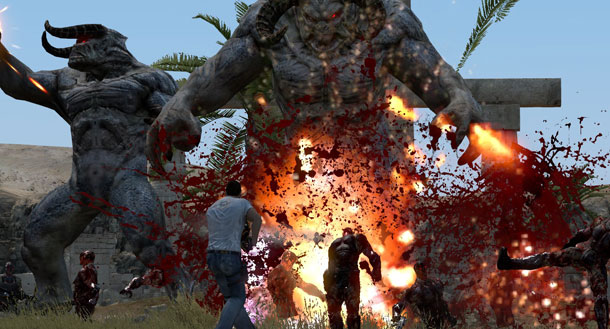 Have you missed Sam? Sam has apparently missed you and he’s super serious about it. In conversation with Seriously!, Croteam CEO Roman Ribaric stated that Serious Sam 4 is currently targeting the fourth quarter for its release. It would also have a severe lack of cowboys or “big fluffy creepers”. So you can be grateful for that.

Serious Sam 4 was announced not too long and was funding using proceeds from Humble Bundle sales. There hasn’t been any news on it since then, so hopefully in the coming months – E3 2014 perhaps? – we’ll receive new details about the game leading up to its release.

Croteam is also apparently working on another project, though Ribaric didn’t reveal any details about the same. So there’s something else to look forward. The last game was the above average Serious Sam 3: BFE, which was a prequel to the first game. Will Sam indeed return in 2014? Stay tuned for more updates.