Get a look at what you get from various stores when you preorder the sequel.

Shenmue 3 has seemingly had a rocky few weeks. Not only did the game suffer a pretty significant delay, it also found itself in the midst of one of the many Epic Games Store controversies. But on a more positive note, we now get a look at some of the preorder bonuses you can get in the North American region.

Preordering anywhere will neat you four items: four bottles of Snake Power to replenish your energy, 5,000 playing tokens for the in-game gambling area, the “Blazing Kick” Training Scroll and a set of 24 tickets to exchange for in-game toy capsules. There will also be some retailer exclusive bonuses. From Amazon you’ll get a costume DLC, a steelbook from Best Buy and from GameStop (EB Games in Canada) you can get a Dragon / Phoenix Mirror Medallion modeled after the one in game. You can see them all below to figure out where you want to grab your copy from.

Shenmue 3 will release November 19th for PlayStation 4 and PC. Keep in mind that for original backers, these bonuses will not be available– but those who chipped in to the original Kickstarter have their own set of bonuses to look forward to. 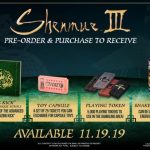 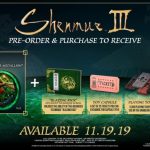 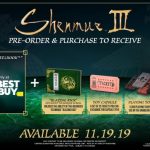 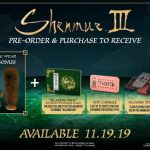