The developer says its next game – which is not a VR title unlike Blood and Truth – is going to be its most ambitious project to date.

SIE London Studio has always had a knack for getting the most out of PlayStation hardware accessories. Since the days of the PS2 with games like EyeToy and SingStar to the PS4 era with the likes of PlayStation VR Worlds and Blood and Truth, off-beat experiences that experiment with hardware have been at the core of the studio’s design philosophy. That said, multiple job listings in recent months have suggested that for its next title, which is in development for the PS5, London Studio is developing a live service game set in a fantasy universe that’ll be quite different from its previous efforts, and more official details on that project have now emerged.

The studio has confirmed to GamesIndustry that its PS5 game is not going to be a VR title and will instead be a core console experience. And what exactly is it going to be? Aligning with PlayStation’s push for live service games, SIE London Studio’s next game is going to be a co-op title that is set in a fantasy version of London, the development team’s home base. The game currently doesn’t have an officially announced name.

“We have taken different technologies and looked at how we shift the games industry and come up with concepts that haven’t been done before,” co-studio head Tara Saunders says about the team’s history, and what that means for its next title. “That heritage means the team is comfortable throwing themselves outside of their comfort zone.

“Even though we’re not working on something that uses all different bits of peripherals, it is still about taking that DNA of innovation and putting it into any game concept.”

“It is our most ambitious game to-date,” she adds. “We’re going to take all of that innovation DNA and apply that into this online co-op combat game.

Speaking about the game’s “modern fantasy London setting”, co-studio head Stuart Whyte says, “Our overarching theme is about bringing fantastical and magical elements and intersecting that with familiar worlds, and you don’t get much more familiar to us than London.”

Interestingly, the game is being built on London Studio’s in-house Soho Engine. “Our Soho Engine, our in-house game engine, is at the heart of what we’re doing here,” Whyte explains. “This is an engine that was built from the ground-up for this generation of hardware and the needs of the game that we’re making. It’s designed to take full advantage of the PS5. But it’s fair to say that some of the toolset that we’re using dates back to the VR Worlds and Blood & Truth tech that we had on PS4. Because at the end of the day, VR games need to have super-efficient pipelines and engines.”

When exactly the game will be released remains to be seen, but seeing as it doesn’t even have an official name yet, it seems safe to assume that it’s going to be a while before that happens. Until then, SIE London Studio has shared a piece of concept art that offers a glimpse at the game’s modern fantasy setting. Check it out below. 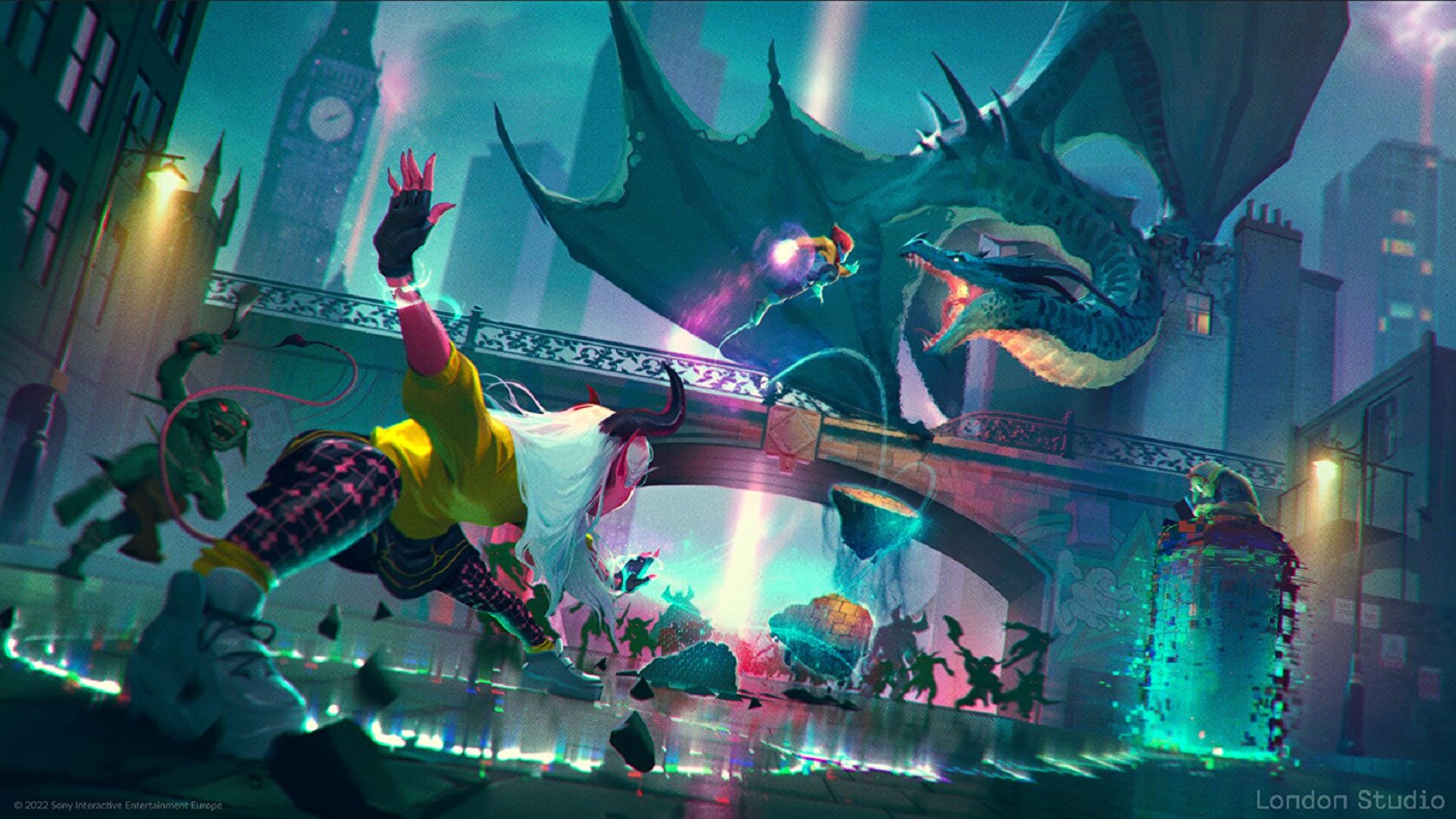