A recent job listing has suggested that SIE London Studio's next game is going to place an emphasis on magic-based gameplay, ongoing storytelling, and rich world-building.

Toby Haynes, who was most recently with Rare, has joined Playground Games as character lead on the upcoming Fable.

The studio behind Blood and Truth has many open positions, including Senior Level/Mission Designer to handle challenges and rewards in levels. 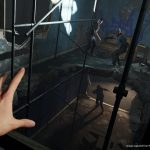 The developer seems to be working on something potentially very fresh. 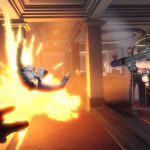 SIE London Studio’s Next Game Will “Show the Exciting Potential” of the PS5, as Per New Job Ad

A second job ad also mentions "the next generation of rewarding gameplay and cinematics."

Could it be Sony's next big virtual reality title?

Sony Is Going To Keep Investing In PSVR, Says Blood and Truth Developer

"If we don't keep investing, somebody else is going to come along and win big," says SIE London Studio's head of VR product development Stuart Whyte.

Blood and Truth Developer Excited by the PS5’s Potential

VR-focused London Studio is excited about getting to work on the PS5.