Metadata for today's Silent Hill Transmission spills the beans on upcoming announcements. The show will be nearly 50 minutes long.

Nearly three years of leaks and anticipation have led to this, but it seems like it’s finally time for Konami to officially unveil the return of Silent Hill. A stream is set for later today where the company is expected to make several announcements, and it seems Konami itself has spilled the beans on what those announcements are going to be.

Previous leaks have claimed that there are three separate Silent Hill games in development, in addition to a playable teaser that’ll precede one of those three, and that seems to have been confirmed on YouTube by Konami. For starters, the description of the YouTube video explicitly mentions Silent Hill 2, which, as per reports, is being remade by Bloober Team.

Additionally, the video’s metadata includes tags for Silent Hill 2 as well, in addition to two more titles- Silent Hill: Ascension, and Silent Hill f. A tag for Return to Silent Hill is also included, which is the upcoming movie being directed by Christophe Gans. Interestingly, tags are only included for PlayStation and Steam, lending more credence to previous reports that the Silent Hill games will be PS5 console exclusives. You can check out screencaps below.

Finally, the video’s metadata also confirms that show is going to be nearly 49 minutes long- which means Konami is going to show plenty, and spend quite a bit of time talking about the things it plans on showing.

It also seems like Silent Hill veterans Masahiro Ito and Akira Yamaoka are going to be involved in the revival as well, based on their recent social media activity. Read more on that through here. 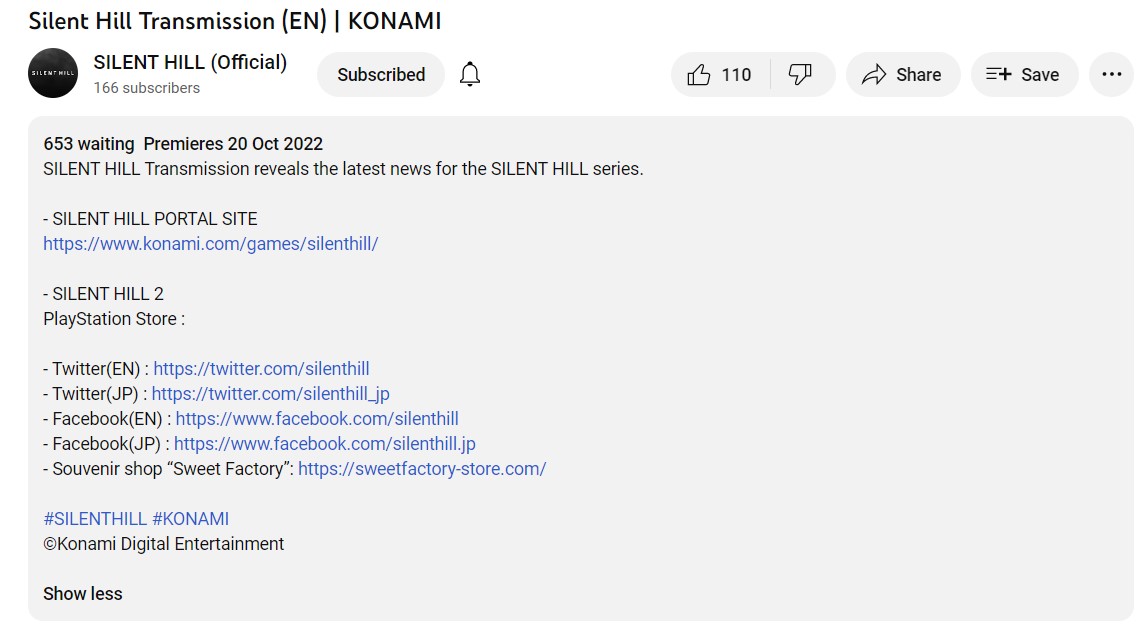