Silent Hill – What The Hell Happened To It?

Once one of the greatest horror franchises, now little more than a memory- what the hell happened?

Few video game franchises have reached the level of sheer notoriety of Silent Hill. Not only one of the most celebrated franchises in survival horror, but video games in general. For this there are many reasons, but mostly this is due to Silent Hill’s unique take on survival horror, a genre that, at the time of the first game’s release, had mostly been limited to somewhat obscure point-and-click adventures on the PC and very few actual stand-out adventure-style experiences like Resident Evil and Alone in the Dark. Once the original Silent Hill was released in 1999 on the surprisingly successful Sony PlayStation, Konami quickly realized that they had a hit on their hands with the game.

This was an interesting development, as not much was expected of Team Silent, as they were largely a group of developers and artists that, for one reason or another, under-performed in other projects and were essentially lumped together into their own team where they were regularly ignored and told to be “silent”, hence the somewhat insulting name of the team. But nevertheless, Team Silent took that pejorative and managed to convert it into one of the biggest hits on the PlayStation, spawning a long-running series, pumping new interest into a maturing genre, and affecting video games forever. 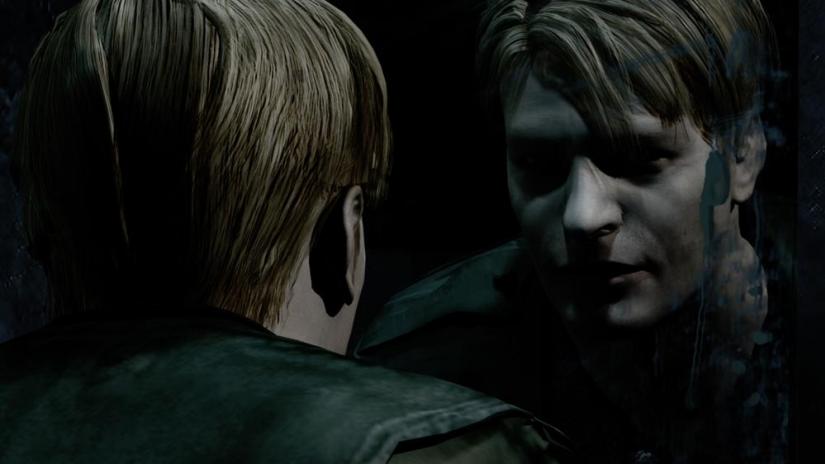 Since Silent Hill was released so late in the PlayStation’s lifespan, the sequel was to be released on it’s successor; the PlayStation 2. Here we would see yet another timeless classic from Team Silent in Silent Hill 2. This game eclipsed the first in every possible way, and really pushed the boundaries of how dark and mature the themes could get in video games, all while also selling quite well and justifying the development of several more instalments. The PlayStation 2 also saw the release of Silent Hill 3 and 4, which were quite good as well, although most would agree ultimately fell short of the masterpiece that was the second game. Still, the franchise was plenty popular after the 4th game. So how do we get from those 4 great games to where we are now, where nobody even expects anything good from this franchise anymore? What the hell happened to Silent Hill?

Well, even though Team Silent was excited and willing to continue the franchise, the mid 2000’s was a time when Konami was undergoing a lot of changes, and unfortunately, one of the major pieces of collateral damage with Konami’s restructuring was the disbandment of Team Silent. Konami now wanted western developers to make the Silent Hill games, and former members of Team Silent found themselves scattered throughout Konami, not unlike how they were before the team was formed. Some prominent members went to work on the excellent Siren series, which would later scratch a similar itch for Silent Hill fans, many more members ended up in Kojima Productions, and some wound up  joining Grasshopper Manufacture. So the chances of the team working on another proper Silent Hill game were essentially zero, as several other western developers would now have their chance to carry on the legacy of the franchise that had now become a household name, and the results were mixed at best.

The first western team to have a crack at Silent Hill was Climax Studios. They were tasked with making an origins story that would land on the PSP and later get a port to the PlayStation 2. Silent Hill Origins, or Silent Hill Zero as it was known in Japan, was actually quite decent and despite a slightly more dedicated focus on combat, felt pretty much at home with the previous entries. Origins didn’t sell or review as well as the original games however, and this is mostly what fans point to as the beginning of the decline for the franchise. I don’t find that to be particularly fair to the game though, as it does mostly check the boxes of what makes a good Silent Hill game, albeit with less heart perhaps. The real decline began with the following game, Silent Hill Homecoming on the PlayStation 3 and Xbox 360.

The game was roundly criticized for its boring main character, and dramatic change in style that would now forgo the tactic of the previous entries that would let an ominous thematic atmosphere slowly creep into the players’ head in favor of jump scares and gross-out moments that would come and go in an instant. At its core Homecoming wasn’t a bad game, it just wasn’t a good Silent Hill game. The next mainline entry, Silent Hill Downpour, did an admirable job taking risks and making creative changes to the formula, and perhaps was better than Homecoming in some ways, but ultimately this was not enough to keep long-time fans happy or capture the interest of many new ones, and since it was around this time that the completely botched HD remaster of the second and third game was released, and a couple of mediocre-at-best movie adaptations, it was an objectively bad time for the franchise. Morale was low for long time fans and many would give up on the series at this point. Thankfully newer survival horror games like Amnesia were making their own waves in the genre and it started to seem like maybe survival horror didn’t need Team Silent anymore. You could argue this time was “what happened” to Silent Hill, as it seemed like morale couldn’t get much lower for fans of the original games. Unfortunately, we could not have been more wrong about that.

Most gamers know the story of Silent Hills or P.T. at this point, so I won’t bore you with re-litigating all of that, but essentially, the whole world was teased with a Kojima-directed, Norman Reedus-starring, and Del Toro-advised first person Silent Hill game, and due to some major differences between Hideo Kojima and his bosses at Konami that finally came to the surface at the end of development of Metal Gear Solid 5, Kojima and his team had abruptly split with Konami after decades of work together. This of course resulted in the complete and total shutdown of Silent Hills, and perhaps the greatest cumulative sigh of disappointment the gaming community has ever experienced together.

If the release of a few mediocre movies and games weren’t what killed the franchise, then this surely did. Now, with so much universal animosity that gamers feel towards Konami as a result of the split with Kojima and the cancelling of Silent Hills, I doubt that a Silent Hill game would sell well, even if it was good, which is a terrible place for Konami to put their fans, and the franchise is now in the worst position it has ever been in. The silver lining to all of this is that now, Kojima is working with his team on what could very well be a modern science fiction classic in Death Stranding for the PlayStation 4, with a lot of the team he had at Konami, which perhaps still has a little of that Team Silent DNA still floating around in there, so maybe we’re better off as gamers to allow room for this new project to grow.

But the lingering question still remains; will Silent Hill ever make a true return? Or, like James Sunderland himself, swallowed up in the fog of his own mistakes and betrayal forever, will Konami continue to smother the franchise in pachinko machines and mediocre games? There are currently no confirmed signs of any major philosophy changes on that front as of yet, so, it appears the silence that was once demanded of the original team will continue into the foreseeable future.